Celebrity Los Angeles DUI blogs, such as TMZ.com, have lit up over the recent travails and tribulations of septuagenarian actor Rip Torn. Last week, the legendary actor showed up in court pursuant to a charge that he broke into a Connecticut bank while under the influence of alcohol – and while in possession of a loaded firearm. According to arrest reports, Torn smashed open a bank window and crawled inside. Police found him and held him in a North Canaan, Connecticut jail on a $100,000 bond. Torn (through his lawyer) later released a statement that said that he had been confused and had thought that the bank was actually his house. 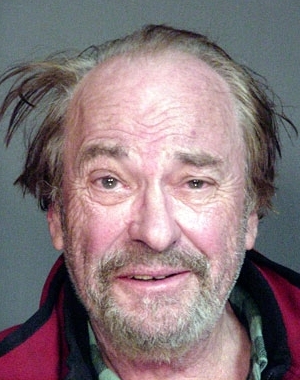 Torn has famously dodged two charges of DUI within the past several years. In 2004, the actor crashed his car into a cab in New York City and got hit with a DWI charge. He allegedly went on a crazy rant at the police station but managed to get clear of the DWI charge. The actor got into more DWI trouble in North Salem, New York in December 2008 (while driving with a Christmas tree tied to the hood of a Subaru, no less!). Torn managed to escape significant penalties for that DUI because he completed his alcohol education program.

Speaking of blood alcohol tests, let’s segue into a practical discussion about one particular kind of BAC test – the breathalyzer – as it applies to cases of driving under the influence in Pasadena (and other places in Southern California).

The breathalyzer is typically administered after an officer has pulled over a suspect for Pasadena DUI. That said, police may defer administering a breathalyzer until after a suspect has been placed under arrest and taken to a station.

Remember: Just because breathalyzer test suggested that you were driving DUI in Glendale does not necessarily prove it.

• They do not distinguish between men and women.
• Diabetics and other sick individuals may yield false positives due to chemicals in their breath.
• The BAC reading can depend significantly on the depth of your breath (a shallow breath can have a much lower BAC than a deep breath, e.g.).
• The machine can confuse other chemicals with ethanol (the active ingredient in alcohol).
• The machine may have been improperly calibrated, read, or administered.

So how can you (or a loved one) effectively respond to charges of driving under the influence in Southern California if you believe that your breathalyzer test was inaccurate or unfair? A prudent approach is to retain a top caliber Los Angeles DUI defense attorney to go over your options and plot out a strategy for you.

To that end, connect today with attorney Michael Kraut of the Kraut Law Group for a free consultation. Attorney Kraut spent over 14 years as a DUI prosecutor, and he can use his intimate understanding of the prosecutorial process as well as his contacts to provide a superior defense. Attorney Kraut is an expert at jury trials, and he is Harvard Law School educated.

you have been arrested for a DUI in Pasadena or you are under investigation for driving under the influence in Southern California, please contact Los Angeles criminal defense attorney Michael Kraut for 24/7 assistance by phone at (323) 464-6453 or toll free at (888) 334-6344 or online.