Most people understand that someone who meets the criteria for a DUI in Los Angeles has a good chance of getting hurt if he or she gets behind the wheel. But people in Wisconsin–and perhaps in other states as well–are more likely to get hurt from falls when they’re under the influence than from driving a motor vehicle. 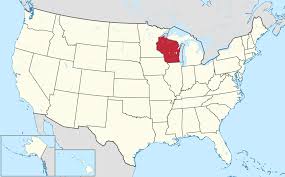 According to an article in the Madison, Wisconsin, Capital Times, officials recorded 349 deaths in Wisconsin from alcohol-related falls in 2012 (the latest year for which figures are available). Meanwhile, they recorded only 223 alcohol-related traffic deaths that same year. The Wisconsin Alcohol Policy Project (part of the University of Wisconsin Law School) gathered the data for this report.

The newspaper story notes that DUI-related fatalities in Wisconsin have declined significantly since 1979, when 593 people were killed in such crashes. By 2013, yearly fatalities had decreased to 185. Fatal falls related to alcohol, on the other hand, have increased by 36 percent since 2004.

The Wisconsin Alcohol Policy Project links this increase to the aging of Wisconsin’s population. Older people have continued to drink, even as they become less steady on their feet and/or take medications that make them more susceptible to alcohol’s effects.

There is one positive aspect to this development. Unlike DUI drivers, who can kill or severely injure several other people when they’re out on the road, someone who falls because they are intoxicated usually injures only themselves.

A recent study in the American Journal of Public Health identified Wisconsin as the hardest-drinking state in the country. In 2011, the annual alcohol consumption in the Badger State was 634 drinks per person for those over the age of 14. That compared to an average 468 drinks per person in the U.S.