In January 2008, Chargers receiver Vincent Jackson got busted for driving under the influence in Southern California. Today – nearly two years to the day since that arrest – Jackson’s driving troubles are again making headlines. Sunday night, just hours after the Chargers lost a bitterly contested battle against the New York Jets for the right to continue on in the playoffs — Jackson got pulled over by San Diego police for blasting music from his car. The officer found that Jackson had been driving on a suspended license and had expired tags. San Diego 10 News reported that Jackson was not actually taken to jail — but he did get handcuffed at the scene. 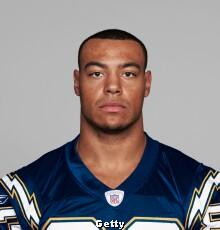 In addition to his January 2008 DUI charge, the troubled receiver is also grappling with a second Southern California DUI charge; his BAC level in that case was allegedly twice the CA legal limit of 0.08%. He got a continuance on this charge last week, but if he’s ultimately convicted, the NFL could suspend him.

What happens when you’re arrested multiple times for driving under the influence in Southern California?

Obviously, penalties increase. But how, specifically? And how might these increased threats impact defense strategies?

In one sense, every case is different. Sentencing can depend on eclectic factors such as:

But if, within 10 years, you get convicted of two+ charges of DUI in Southern California, possible penalties can increase in the following ways.

Building a stout defense to Los Angeles DUI, Long Beach DUI, or Whittier DUI charges is not easy, even for veteran defense attorneys.

Fortunately, lawyers like Michael Kraut of the Kraut Law Group — who have worked extensively as prosecutors prior to representing defendants — can draw upon their background to develop more adept and flexible strategies. The difference between retaining a Southern California DUI attorney who’s just “okay” and one who has demonstrated finesse and success at trial is profound.