Recent changes to Southern California DUI laws — mandating that first-time offenders install interlock ignition devices (IIDs) in their vehicles — have made Southland residents more keenly aware of the consequences of driving under the influence. 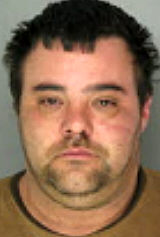 A breaking story out of Pittsburgh reinforces this message: According to the Pittsburgh Post-Gazette, 38-year-old school bus driver, Brian Dunlap, was arrested on Monday for multiple charges, including reckless endangerment, DUI, and endangering the welfare of 15 children from a Pittsburgh high school.

While driving students to a local science museum, Dunlap allegedly narrowly missed hitting a telephone pole; following the scary swerve, he began laughing. Chaperones observed that his eyes were bloodshot and his speech was slurred. Hours later, while leaving the science center (children in tow), Dunlap careered through a red light. Concerned chaperones phoned police, who quickly arrived at the scene, gave the driver a field sobriety test, and remanded him to an Allegheny County prison. (Tests at a nearby hospital later suggested that Dunlap was not under the influence of alcohol but rather was on illegal narcotics.)

According to the reports, fortunately, no child was injured. That said, stories of near misses like these are all too common these days in places like Hollywood, Pasadena and elsewhere in Los Angeles. Pursuant to California Vehicle Code Section 23153 (a), a misdemeanor Pasadena DUI can be upgraded to a felony charge if the driver causes injury to another person while operating his/her vehicle. California Vehicle Code Section 23153 (b) stipulates that drivers who drive with a BAC over the California limit of 0.08% — and who cause injuries to other people, particularly to children — can be subject to an assortment of punishments including: Court fines, stripping of professional licenses, hiked up insurance rates, forced restitution to injured victims and/or their families, and jail sentences.

To develop a comprehensive response to charges of driving under the influence in Pasadena, it can help significantly to game out defense strategies with a qualified and experienced attorney. Many lawyers can handle basic DUI cases. But it is usually impossible to tell whether your case will be “basic” or quite complicated. Even seemingly cut and dry matters tend to have a way of expanding into vastly more fraught debates over legal subtleties. To that end, you likely want someone on your side who has lots of trial experience and who has served as both a defense attorney and as a prosecutor.

Many Pasadena DUI offenders look to attorney Michael Kraut of Kraut Law Group. For nearly a decade and a half, Attorney Kraut worked for the other side — the prosecution — as a Deputy District Attorney. He now represents DUI offenders as a defense lawyer — using his hard-won knowledge of how the prosecution operates to build strong and successful defenses.