Most Southern California DUI arrests are fairly straightforward. For instance, maybe a police officer stopped you at a checkpoint on Westwood Boulevard after a UCLA game. Or maybe you got into a fender bender on Vermont near USC and got busted after you punted your field sobriety tests. 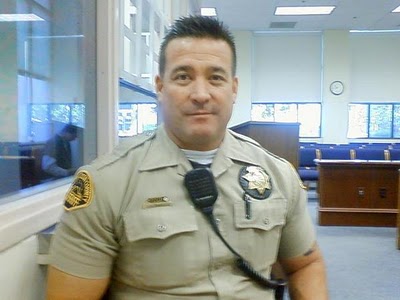 But some DUI stories are intense, enigmatic… almost worthy of their own mini series.

The 50-year-old Tanabe stands accused of seven federal charges for his role in staging three separate DUI arrests. Tanabe allegedly worked with Christopher Butler, a private investigator. Butler worked for a string of divorced women, who wanted to make their ex-husbands look bad, so that they could have stronger positions in their divorce and custody cases.

Tanabe and his friends apparently worked with Butler to encourage these unassuming ex-husbands to consume alcohol at bars and then drive. Once the men left, waiting police officers immediately pulled them over and busted them for DUI. According to Tim Pori, Tanabe’s attorney, Butler was the real “masterful manipulator” behind the scenes. Indeed, the PI may have played a role in 9 other “dirty DUI” arrests in California on top of the ones that Tanabe allegedly participated in on November 2, 2010 and January 9 and 14, 2011.

As a reward for his participation, Tanabe apparently got a pricey Glock gun and cocaine.

Butler and Norman Wielsch, an ex-drug squad commander, are both testifying for the prosecution in Tanabe’s case to get a reduced sentence. Wielsch is serving 14 years in jail, and Butler faces an eight year prison sentence for crimes ranging from staging DUIs to extorting money from employees of an “illegal massage parlor” that the two men founded.

Tanabe, for his part, faces three wire fraud charges, three counts of extortion, and one count of “conspiring to deprive others of his honest services.”

Your Southern California DUI charges: Were you framed? Was any police misconduct involved?

Most Los Angeles DUI cases are straightforward. Most police officers are honest. They work hard to keep the community safe and protect people on the roads.

This isn’t to say that police officers don’t make mistakes (ranging from big Constitutional sized mistakes to smaller errors of process and procedure) or that the technologies they use (e.g. breathalyzers, blood tests, etcetera) are foolproof. Far from it!

But odds are high that your DUI was not “dirty.”

That said, you owe it to yourself and your family to explore all Los Angeles DUI defenses. For instance, if you blew a 0.10% on the breath test – well over the legal limit, as defined by California Vehicle Code 23152 (b) – your attorney might challenge the test results by a variety of strategies, outlined in this website.

For help, look to Attorney Michael Kraut of the Kraut Law Group. As a Harvard Law School educated Los Angeles DUI defense lawyer who worked for 14+ years as a prosecutor, Mr. Kraut understands how to structure and execute effective defenses.