This Los Angeles DUI blog spends a lot of time talking directly to offenders and direct relatives of offenders. 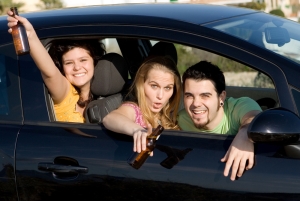 But what if you’re concerned about a person who isn’t in your family? What if one of your teenage son’s good friends, for instance, got arrested for driving under the influence? What then? What should you do? What CAN you do?

Obviously, the answer depends on the context of the arrest. For instance, did your son do anything illegal or not? Was he hurt? Did he supply the alcohol that the other young man drank? How many people were arrested? Did charges include drug possession, hit and run, resisting arrest, etc? If your son faces charges also, you’ll likely want to retain an effective Los Angeles criminal defense lawyer at your earliest convenience.

On the other hand, you might want to consider another subtle danger that has to do with your son’s peer group. As adolescent psychologists will tell you, peers can profoundly influence on one another. If your son, for instance, hangs out with kids who are driving DUI in Los Angeles and engaged in other criminal activity, he will be much more likely to ape that bad behavior and get in trouble himself. As a parent, you have only limited control over your child’s behavior and decisions. But if you can get your son to stop hanging around with kids who break the law, that’s a great idea.

Obviously not every kid who gets arrested is a “bad seed.” And even the most brilliant, moral, sober-minded people make mistakes and go through challenging times. So you shouldn’t necessarily be prejudiced just because of this one incident. However, in general, pay attention to the peer group’s influence, and respectfully steer your son towards people who exhibit values that resonate with you.

For practical, nuts and bolts help with your (or your son’s) underage Los Angeles DUI defense, look to Harvard Law School educated lawyer Michael Kraut of the Kraut Law Group. Mr. Kraut spent more than 14 years in the District Attorney’s office, prosecuting crimes, so he has a compelling and unique viewpoint on criminal defense cases.