Driving under the influence in Long Beach (or anywhere else in Southern California) is a serious criminal act — one that can lead to horrific tragedies. Sadly, a 48-year-old man, Eddie Lumpkin, stands implicated in a recent and frighteningly brutal DUI homicide — this case out of Chicago. 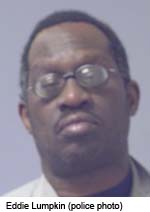 On Tuesday, Lumpkin — who had been decorated with over three dozen traffic offenses over the past 20 years, according to the Chicago Sun-Times – plowed his van into six-year-old Jada Washington, killing her. Washington’s aunt, Tiuette Richardson, was severely hurt as well.

Despite all his traffic offenses (his latest occurred just weeks ago on January 31st, when he blew through a stop sign), amazingly, Lumpkin still had an Illinois drivers’ license. According to the Chicago Tribune, “The court records provide little information about why the tickets were dropped, but it could have been a lack of evidence, the failure of police officers to show up in court or any number of other things.”

Lumpkin has been charged with two counts of aggravated DUI as well as reckless homicide.

The laws concerning DUI murder in Southern California differ somewhat from the applicable Illinois laws. If Lumpkin had a hit and killed a six-year-old while driving under the influence in Long Beach, for instance, he could be charged with Gross Vehicular Manslaughter while Intoxicated (CA Penal Code Section 191.5(a)).

To win a case like this, prosecutors would have to show four things:

1. Lumpkin was under the influence of alcohol or drugs and drove with a BAC of 0.08% or higher.

2. While driving DUI in Long Beach (or anywhere else in Southern California), Lumpkin committed a misdemeanor, traffic offense or other act that could lead to death.

3. Lumpkin performed this misdemeanor, infraction or act with what’s known as “gross negligence” — a standard of carelessness that’s beyond ordinary inattention or bad judgment.

4. The gross negligence led to the death of the six-year-old girl.

Cases of Gross Vehicular Manslaughter while DUI in Southern California can become incredibly complicated and can stretch out over months, if not years.

The consequences of a less than exact defense could lead to extreme punishments. So, if you or a loved one stands accused of a DUI in Long Beach — whether you are contending with a simple misdemeanor or a complex charge like vehicular manslaughter — you likely need competent and experienced legal counsel.

Attorney Michael Kraut of the Kraut Law Group in L.A. may be able to help. Attorney Kraut worked for many years on the prosecutorial side — working to put DUI offenders behind bars — thus, he understands how prosecutors think and can help his criminal defense clients develop accurate and effective strategies to rehabilitate themselves and avoid strict penalties.