Taken out of context, your Beverly Hills DUI arrest – whether you got pulled over on the 405 after partying with friends or stopped at a checkpoint on Sepulveda – is a “100% negative.” 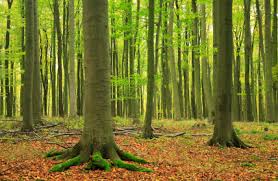 In other words, there is no silver lining to what happened, other than the fact that you survived the stop and/or accident and that, theoretically, the situation could have been even worse. While that attitude can be technically justified, it’s grim.

It may also be misleading, because it prevents you from seeing the forest for the trees.

Most people who get stopped and charged with a crime like Beverly Hills DUI, for whatever reason, refuse to consider the charges in a broader context. They see it as a “fluke” – either an out of character one-time mistake or an injustice perpetrated by a biased or irresponsible police force.

It’s certainly true that the police can make mistakes. For instance, we’ve spilled a great deal of digital ink cataloguing the whys and wherefores of DUI breath test failures.

But the Beverly Hills DUI criminal defense lawyers at the Kraut Law Group also believe that defendants should spend time introspecting — trying to figure out what, if anything, the DUI crisis means for them. For instance:

• Perhaps you only started getting in trouble (e.g. collecting DUIs) after you started to hanging out with certain friends. Upon reflection, maybe you should stop hanging out with those people!
• Perhaps you turned to alcohol and prescription medications after you hit a slump with your career. Perhaps you need to restrategize with respect your business, so you can deal with the helplessness and thus feel less seduced by the need to use the substances;
• Perhaps the police pulled you over multiple times because your car is missing a tail light and looks like a hunk of junk. Perhaps if you just fixed up your car, you would be less of a target for authorities (and you would be a safer driver, as well)

The point of this article is not to blame you, unnecessarily, for your Beverly Hills DUI arrest. As discussed above, you might be completely innocent – just like the 60-year-old Surprise, Arizona man who was arrested for DUI, despite blowing a 0.000 % BAC on his breath test!

But no matter what happened, by drilling down to figure out what went wrong in your case, you can feel more empowered and more excited to move on with your life. To start making progress, talk to the thorough, sensitive Beverly Hills DUI defense lawyers at the Kraut Law Group now to schedule a free evaluation of your case.