People Magazine has reported that charges of driving under the influence in Hollywood against 23-year-old actress Stephanie Pratt were dropped on Thursday, January 7. The Hills‘ star reportedly plea-bargained her misdemeanor DUI down to a charge of “exhibition of speed” and received a relatively light sentence that included: 12 weeks of alcohol school, mandatory attendance at three AA meetings over eight weeks, and a nominal fine. 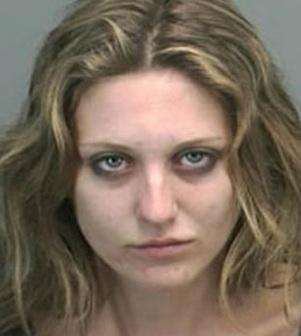 As this blog reported a few months ago, Pratt was arrested in the early hours of October 18, 2009 after partying with fellow celeb Holly Montag at the club Empire. She pled not guilty to her DUI charges in November. Pursuant to her plea arrangement, Pratt was ordered to see a physician for her substance abuse issues. But she reportedly did not attend a 30 day residential rehab because her doctor did not believe she needed the treatment.

Plea bargaining a Hollywood DUI charge — like Stephanie Pratt did — can prove exceedingly cumbersome and complicated, even if the facts and the law are on your side.

The challenges only increase when you’re charged with DUI with injury in Hollywood. According to California Vehicle Code Section 23153 (a), a basic misdemeanor DUI charge can be elevated to a felony DUI charge if the use of alcohol and/or illegal narcotics results in an injury to another person.

A panoply of punishments may be imposed for such a crime, including but not limited to:

* Forced restitution to the injured party or parties
* Hiked up insurance rates
* Significant court costs/fines
* Loss of certain rights, such as the right to vote
* California driver’s license suspension

All that said, even if you do hurt someone while driving under the influence in Hollywood, you won’t necessarily be stuck with a felony charge. Pursuant to the law, the prosecution make several key arguments in order to stick a felony charge:

#1: You were driving above the DUI limit of 0.08% BAC.
#2: You were negligent or otherwise in violation of California’s traffic laws.
#3: The injury resulted directly or indirectly from your negligence.

In other words, if you were below the legal limit; or if the other party was responsible or even partially responsible for the crash; or if you weren’t in violation of any traffic laws; you can still be hit with a misdemeanor DUI charge, but you won’t likely have to deal with a felony DUI charge.

As even this brief discussion regarding the nuances of Hollywood DUI law demonstrates, minor subtleties can have major impacts. That’s why it is almost always a good bet to invest in reputable legal help.

Former prosecutor Michael Kraut really understands how the system works. After he attended Harvard Law school, Attorney Kraut spent 14 years working for the city of Los Angeles as a Deputy District Attorney, during which time he prosecuted cases like DUI in Hollywood. Now he runs his own firm, the Kraut Law Group, and he uses his skills and experience as a prosecutor to build superior defense strategies for his clients.

If you have been arrested for a DUI in Hollywood or you are under investigation for driving under the influence in Southern California, please contact Los Angeles criminal defense attorney Michael Kraut for 24/7 assistance by phone at (323) 464-6453 or toll free at (888) 334-6344 or online.