People in big cities have grown fairly accustomed to the shenanigans of their elected officials. A politician’s arrest for a Los Angeles DUI might make the headlines one day, but the story would soon disappear to the back page. 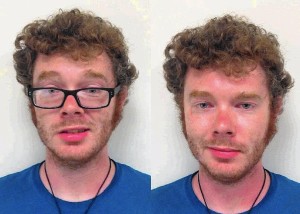 But the same may not be true in smaller jurisdictions around the country. In the Village of Mundelein, a northern suburb of Chicago, DUI charges filed against one elected representative have caused a great deal of controversy, and the story isn’t going away.

Dakotah Norton, age 25, took office as one of the Village’s Trustees last April. (A trustee is the equivalent of a council member in other jurisdictions.) Two months later, a police officer patrolling in a neighboring jurisdiction noticed a car that had only one working taillight. It was Norton’s. The officer followed the car and observed the driver straddling the road’s center line. When

Norton came to a red light, he allegedly failed to stop and instead immediately made a turn. At that point, the cop pulled him over, administered a field sobriety test and took Norton to the police station. His blood alcohol content reportedly measured twice the legal limit.

Per reports, Norton had already earned a reputation as a bit of a controversial figure. His juvenile police record showed charges for retail theft and for possession of cannabis. At the age of 18, Norton served a sentence of probation and community service for a similar marijuana charge.

Although Norton insists he won’t resign because of his DUI arrest, other office holders in the Village have a different idea. The Mayor and three other Trustees have asked him to step down, but they have no legal way to force him out of office.