Getting arrested for driving under the influence in Pasadena (or anywhere else) is no laughing matter. However, the things that certain suspects do under pressure can, in retrospect, seem amusing. 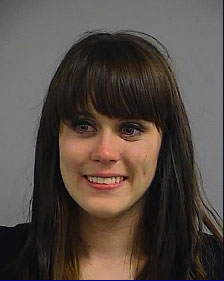 Case in point, consider what happened to 20-year old Becca Voss, who was arrested last Thursday morning near Louisville on a relatively standard DUI. According to a local station, WLKY Louisville, Ms. Voss had been driving 16 miles over the speed limit, weaving between lanes – symptoms that would clue officers here in the Southland onto the fact that someone might be driving under the influence in Pasadena.

But the way in which her lack of coordination displayed itself is why her story has gotten so much attention. Apparently, Voss “dropped a cigarette in the car’s door, igniting papers in the door” and thus setting her car on fire.

Not exactly the kind of impression you want to make if you want to convince authorities that you are stone sober and not driving under the influence in Pasadena!

Ms. Voss also faced further setbacks when she “failed several field sobriety tests” and failed a blood alcohol test by blowing a BAC of over 0.20% (2.5 times the legal limit for Pasadena DUI).

Can we learn anything from Voss’s cigarette related flub, other than obvious lessons (you probably already knew) such as “try to avoid lighting your car on fire in front of the police, when you are being tested for DUI”?

Perhaps. The biggest lesson here is that DUI events often lead to hard to calculate, cascading situations. Obviously, very few people anticipate getting pulled over and arrested, prior to getting behind the wheel. But even after you do get stopped, “twist and turns” in your story can be fast and furious, and they can throw you off your game.

They can also induce needless stress and potentially significantly complicate your case. For instance, say you get into an accident and cause an injury Pasadena DUI. You might be tempted to immediately flee the scene or do something else stupid. Once you make that bad decision, you may make another bad decision, such as speeding away from the police or driving through a red light. Each one of these bad decisions further complicates your legal situation and makes the job of your Pasadena DUI criminal defense attorney that much harder.

Fortunately, no matter what happened, there is always room for clarity, strategy, and clear thinking. The Kraut Law Group can help (790 East Colorado Boulevard, 9th floor, Pasadena, California 91101 Phone: (626) 345-1899). Attorney Michael Kraut is an extremely experienced compassionate and successful Pasadena DUI lawyer. Not only is he Harvard law school educated, but he also worked for nearly a decade and half as a prosecutor, so he knows exactly how prosecution will likely come after you.