Anyone who has sat and pondered the penalties for Long Beach DUI understands, on a visceral level, what fear feels like. 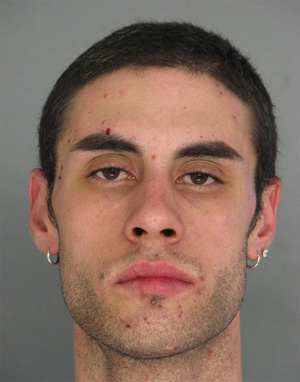 It’s not just the potential jail time that scares defendants. It’s all the other logistical, financial, and emotional headaches that come with the conviction. For instance, even if you are convicted for a minor misdemeanor Long Beach DUI — no property damage or injuries — you can face substantial mandatory alcohol school, court fines and fees, mandatory installation of an IID in your vehicle, license suspension, and, yes, possibly substantial jail time.

Those Long Beach DUI penalties are only the direct penalties. You still may have to face the indirect – the secondary, tertiary and quaternary “blow back” from your conviction – such as screwed up insurance rates, loss of support from friends, family members, and employers, self esteem problems, inconveniences both short term and chronic, and loss of self confidence.

Given all these disincentives, it’s not surprising that some people try their darndest to escape the Long Beach DUI process. Smart defendants might research and then retain a top-caliber Long Beach DUI criminal defense attorney, such as Michael Kraut of the Kraut Law Group (444 West Ocean, Suite 800 Long Beach, California 90802 Phone: (562) 531-7454). (Mr. Kraut is an experienced, highly reputed attorney with the connections, strategic insight, jury trial record, and compassion to help practically any Long Beach DUI defendant, no matter how complicated or scary the situation.)

On the other hand, fear can also motivate some, shall we say, less than intelligent behavior.

Consider a baffling story out of Scranton, Pennsylvania, of all places. A 29-year old man suspected in a DUI crash left a medical center in leg irons to escape custody. Here is a report from therepublic.com: “Authorities say (the 29-year-old Blaise) Melofchik was arrested on suspicion of driving under the influence after police said he crashed into a parked car on Tuesday. Officers took him to the hospital after he appeared to be under the influence of opioids.” The Times Tribune (a local paper) reported that Mr. Melofchik managed to walk away from the Medical Center and escape undetected.

Even after “patrol officers swarmed the area looking for (him),” the search was unsuccessful. Authorities blamed the “breakdown in communication” for Mr. Melofchik’s escape. But the deeper story here is the fear, possibly terror, that the suspect felt which motivated him to undertake the risky escape. If he does eventually get rounded up, one might naturally suspect that additional charges will be thrown at him.

Do not overcomplicate your defense. Begin today by making smarter choices and by connecting with a reputable Long Beach criminal defense attorney.