In the annals of Beverly Hills DUI arrests (and arrests for similar crimes in surrounding areas, like Pacific Palisades and Malibu), few sordid tales are as well known as Mel Gibson’s July 28, 2006 arrest on the PCH for driving under the influence. As regular readers of this blog (and really any publication that even remotely address problems like celebrity dysfunction and Beverly Hills DUI) know, Gibson dined at Moon Shadows in Malibu just hours before getting pulled over and spouting off crazy antisemitic ramblings to the arresting officer. 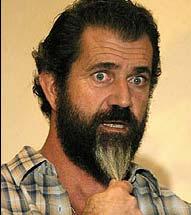 The “What Women Want” actor absorbed the public once again with a lurid spectacle earlier this year. Taped arguments between Gibson and his ex-girlfriend leaked into the blogosphere, revealing the ramblings of what appeared to be a sad, desperate person. Many of Gibson’s fans abandoned him, and even his long-term Hollywood pals distanced themselves. Never one to be intimidated, however, Gibson refused to allow the bad press to impact his life and his wanderings. Last week, paparazzi snapped some photos of Gibson hanging out at Moon Shadows at Malibu with a young lady friend, whom TMZ.com referred to as a “mysterious blonde.”

Gibson apparently was in no mood to repeat his mistakes of 2006 – he did not consume alcohol, and he had a driver drive him and his date home.

Nevertheless, this story does raise some interesting implications about what happens when defendants commit the same crime twice. If you are arrested and convicted more than once for Beverly Hills DUI, pursuant California Vehicle Code Sections 23152(a) or 23152(b), within a 10-year period, your penalties can escalate substantially.

Collect three DUI’s or more in one decade, for instance, and what ordinarily would be a simple (and potentially dismissible) misdemeanor Beverly Hills DUI charge could get jacked up to a felony DUI charge. As students of the law (and watchers of legal procedural shows) know well, a felony is far more serious than a misdemeanor. Depending on the nature of the legal indiscretion, you may also face additional penalties, such as extended probation time and stricter terms, longer time in alcohol school, longer drivers’ license suspension, more jail time, steeper fines and court costs, and harsher indirect problems, such as spikes in your insurance rates.

For help with your DUI charge, connect with the respected, highly accredited Los Angeles criminal defense attorney Michael Kraut of Beverly Hills’ Kraut Law Group (9107 Wilshire Blvd., Suite 450, Beverly Hills, California 90210 Phone: (310) 550-6935). Attorney Kraut has experience fighting for both sides: before he became a criminal defense attorney, he spent 14 years as a city prosecutor, during which he amassed a nearly perfect record at jury trials and a reputation as a convincing, compassionate, astute student of the law.