Okay, although this is not exactly a Pasadena DUI case – it happened in the small town of Warwick, Rhode Island – but the sheer zaniness and coincidence of it all merits a blip on this blog’s radar. 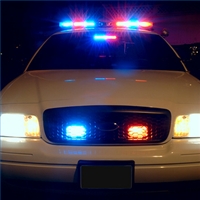 If you’ve been pulled over for Glendale DUI, Pasadena DUI, Burbank DUI, or DUI in Los Angeles or elsewhere, chances are that you are not an active duty state police stripper — and at the very least, you didn’t hit a fellow police officer.

The same cannot be said of 23-year old Brendan Palmer, who got arrested last Sunday in Rhode Island after crashing into Providence police officer, Brian Auclair, who was in uniform at the time. Local Rhode Island Captain Raymond Gallucci said that Palmer took a blood alcohol test and blew a 0.184% on the breathalyzer. To put that in perspective, a DUI in Southern California reading would be just 0.08%. So Palmer blew a reading that was well over twice the Los Angeles DUI limit.

According to reports, Palmer has been “suspended with pay pending the outcome of his case and an internal investigation.” The 23-year old is a relative rookie – he has been with the Rhode Island police for only just over a year – and while it’s unclear how much more press this case of officer-on-officer DUI will get in the blogosphere, the matter serves as an interesting jumping off point for a discussion about breathalyzer tests in general.

Say you got pulled over for driving under the influence in Pasadena and asked to take a breathalyzer test. And let’s just say that you blew a reading similar to Palmer’s – a 0.16% — more than twice the acceptable limit, according to California Vehicle Code Section 23152 (b).

In this situation, most likely, you would be arrested.

But is the breathalyzer as accurate as most people (and most police officers) believe? It seems like it should be, right? After all, the breathalyzer is a very simple and straight forward device. You blow into it. A device in the machine looks for chemical signatures of alcohol. Simple. Straight forward. So how can you argue with the results?

Actually, there are many technical (and non-technical) arguments you can make against a Pasadena breathalyzer DUI positive. For starters, did you know that the depth with which you blow into the machine can radically influence the machine’s readings? Thus, if you blow just a little bit into the machine, you will blow a low number. If you blow a normal amount, you will blow a higher number. And if you blow very deeply – a deep chest breath – you may actually blow a reading that’s substantially higher than your actual blood alcohol concentration!

Police officers who administer this test know this, and they’ll often ask suspects to blow deeply into the machines. Is this fair? That’s up to the public to judge. But it does happen, and it’s something to be aware of.

Unfortunately, unless you work with a qualified Los Angeles criminal defense attorney – who has serious experience helping Pasadena DUI suspects defend against these charges – you might never uncover these potential defenses.

Fortunately, you have the option of connecting today with the Kraut Law Group at 790 East Colorado Boulevard, 9th floor, Pasadena, California 91101 Phone: (626) 345-1899. Mr. Michael Kraut is a Harvard educated former LA City prosecutor who has an excellent track record and who has deep and effective associations with the Los Angeles DUI legal community.