Driving under the influence in Pasadena with a blood alcohol concentration of 0.17% – more than twice the legal limit – is very likely to get you into trouble. 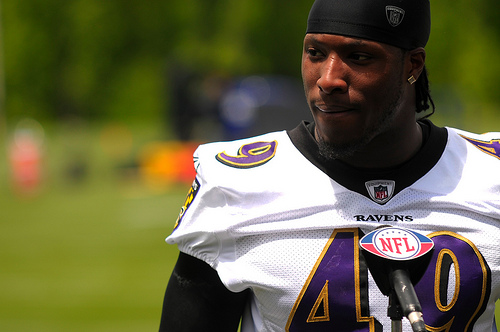 If you doubt this notion, just talk to Ravens’ rookie linebacker Sergio Kindle. The 23-year pled guilty last Tuesday in a case stemming from a December 2010 arrest. Police pulled Kindle over the day after Christmas on Interstate 95 and later tested him at a county detention center to discover that he had a BAC of a whopping 0.17%. That’s easily enough to constitute DUI in Pasadena, Glendale DUI, Burbank DUI, or Los Angeles DUI.

According to a Washington Post blog report on Kindle’s guilty plea, the linebacker will get two years of unsupervised probation and mandatory treatment and self-help meetings. If he violates the terms of the probation, Kindle could face nearly a full year behind bars. If the judges in Maryland take DUI probation violations as seriously as the judges do here in Los Angeles (ask Lindsay Lohan!), Kindle has plenty of motivation to reel in his behavior. The judge in this case allowed the probation because Kindle demonstrated “positive steps” during his rehabilitation. He spent five days in a facility in Owings Mills to get treatment for alcohol abuse, for instance.

Kindle also issued a statement of contrition during the hearing: “I am very remorseful for my actions. I am held to a higher standard and people look up to me. I see that it’s a problem and I am here to get it treated. I want to continue to address this as long as need be.”

When someone gets pulled over for DUI in Pasadena, the police will often subject them to tests known as Field Sobriety Tests, or FSTs. These involve observations, analyses, and physical and mental challenges to help the officers ascertain whether or not you are under the influence.

One of the first tests is something called a horizontal gaze nystagmus test. A police officer will test the motion of your pupils by flashing a flashlight in your face, for instance. Delayed pupil response may indicate that you are DUI. Other tests could involve balancing on one leg, tilting your head backwards, pacing back and forth across a white line, and even extending your arms in both directions, then closing your eyes and then trying to touch your nose with the tips of your fingers. Police may ask you to recite the alphabet backwards or count backwards. And your results in the tests may be combined with other kinds of assessments – if you are visibly intoxicated, stumbling, uncoordinated, smell like alcohol or admit to having consumed alcohol, the police will be more suspicious that you are actually DUI.

A Los Angeles Criminal Defense Attorney – such as Michael Kraut of Pasadena’s Kraut Law Group (790 East Colorado Boulevard, 9th floor, Pasadena, California 91101 Phone: (626) 345-1899) can help you respond in a smart and proactive way to the charges against you to help you save your license, potentially avoid jail time, and regain a modicum of relaxed control of your life.