Last Sunday, while the entire world and possibly part of our space was focused on the breathtaking mission in Pakistan that resulted in the killing of Osama Bin Laden, some critical celebrity Los Angeles DUI news occurred that’s only just beginning to nab the attention of the blogosphere. Rick Springfield, the rock singer best known for his 1980s hit “Jessie’s girl,” was stopped around 8 o’clock in the evening on the PCH in his 1963 Corvette. Per a press release from the LA Sheriff’s Department, Springfield blew a breathalyzer test result of 0.10% BAC – as our readers know, any BAC reading of 0.08% or above can constitute DUI in Los Angeles, Burbank DUI, Glendale DUI, Pasadena DUI, etcetera. 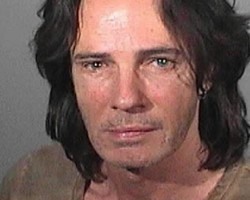 According to a Los Angeles Times article on the story: “Sheriff’s deputies pulled over the soap-actor-turned-crooner in his 1963 Corvette around 8 pm, making the traffic stop near Pacific Coast Highway and Trancas Canyon Road… it was unknown what Springfield did that caught the deputies’ attention.”

After being arrested and brought to the Malibu/Lost Hills police station, the singer paid out a $5000.00 bond and secured release at 2 in the morning. (Incidentally, this was the same police station where Mel Gibson was held after his notorious anti-semitic rant and DUI in Malibu experience five years ago.)

Students of Los Angeles DUI law understand that different California vehicle code sections can apply, depending on the nature and circumstances of your arrest. Typically, traditional misdemeanor DUIs are charged pursuant to California vehicle code sections 23152(a) and 23152(b). But DUIs with injury can be charged according to two similar sounding but ultimately very different sections – 23153(a) and 23153(b). Even though there’s only one number different – a 3 instead of a 2 – do not be fooled! An injury DUI can result in the elevation of a misdemeanor charge to a felony count. Convicted felons can face significantly more jail time and higher penalties – they can also lose the right to franchise (vote) and have a much harder time re-acclimating to normal society after a prison sentence.

You don’t need to do serious bodily injury to another person to get a hit with a 23153(a) or 23153 (b) charge, either. That’s why it is so important – whether you hurt someone or not – to talk to an experienced Los Angeles criminal defense attorney about your strategic possibilities.

The Kraut Law Group’s Michael Kraut (based in Los Angeles at: 6255 Sunset Boulevard, Suite 1520, Los Angeles, California 90028) can provide calibrated, intelligent strategic advice. Mr. Kraut understands prosecutors because he actually was one of them – for 14 plus years. He is a Harvard educated attorney who often appears on the media to discuss Los Angeles DUI matters (e.g. New York Times, Fox News, KTLA, etc). Mr. Kraut can work with you to devise and follow through on an appropriate defense.