What might happen if you got arrested and charged with driving under the influence in Pasadena six times in a single calendar year? 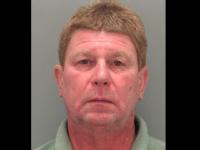 Let’s not jump to conclusions. There is always the possibility that you were just unlucky. Or maybe a local police officer has it out for you because you two got into a bar fight once, and he hasn’t let the grudge go. It’s possible. But if you’ve been arrested and charged with DUI six separate times in a single year – like Greenville, South Carolina, resident Warren Brooks – maybe it’s time to have a serious heart-to-heart with a therapist to find out what’s at the core of your bad decision making and risky behavior.

That’s right – this actually happened to somebody.

Accordingly to WSOCTV.com (a South Carolina-based TV station website), Brooks was pulled over and arrested for DUI six times within a calendar year.

Here is a quote: “Brooks’ first driving the under influence charge occurred in August 2010. The second charge came in May. His third and fourth followed within two weeks. The fifth charge in June involved a hit and run, and he had to post higher bond amounts of $25,000 for DUI and $10,000 in the hit and run charge. The sixth DUI charge was in July, according to police reports and court records.” Greenville County Chief Prosecutor Walt Wilkins criticized Brooks’ behavior: “This is one of the most egregious cases that we’ve seen in a long time…obviously, he has an issue with alcohol.”

Brooks’ lawyer publicly stated that his client has never been in legal trouble prior to this spate of charges: “He is a very intelligent man…his life just spiraled out of control.”

Unfortunately for defendants, Pasadena DUI penalties ratchet up every time you are convicted of an offense. For instance, if you are a first time offender, you might face a misdemeanor. The consequence could be dire, but not end-of-the-world dire: 40 hours in jail, $1,000 fine on top of court costs, six weeks to nine months of DUI alcohol school, one year suspended license, mandatory installation of an interlock device in your car in some cases, and tough probation terms.

But if you are arrested for a second time, third time, fourth time, or, unbelievably, sixth time, the penalties become harsher. For instance, a fourth-time Pasadena DUI offender – someone who commits four DUIs within a 10-year span — faces a minimum of 180 days in a jail, just for a misdemeanor! Stack on: a four-year license suspension, 30 months of alcohol school, three year license suspension, and a variety of other punishments, including the possibility of escalating that misdemeanor charge to a felony.

Once you get on this rollercoaster of multiple charges and losing control in general, it’s hard to hit the metaphorical brakes in your life.

That’s why attorney Michael Kraut of Pasadena’s Kraut Law Group (790 East Colorado Boulevard, 9th floor, Pasadena, California 91101 Phone: (626) 345-1899) is a strong advocate for strategic defense thinking. You need to think long term. It’s not just about getting yourself exonerated from, or minimizing, your current penalties. Yes, those are important. But your challenge is also about probing deeper, trying to identify the fundamental causes driving your Pasadena DUIs or criminal behavior, addressing those, rebuilding your confidence, and getting your life back on track. You don’t have to figure this out all on your own. A Pasadena criminal defense attorney can help you understand your rights and figure out what to do next.