Last week, Rodney King – the man whose videotaped beating ultimately sparked race riots that left 55 people dead and $1 billion worth of property damaged in its wake – was charged with DUI near Long Beach.

Twenty years ago, King was stopped by LAPD officers and then beaten to near death – the tragic beating was captured on video, and it led to the indictment of four officers involved. When three of the officers were acquitted, the verdicts touched off race riots that tarnished Los Angeles’ name for over a decade. 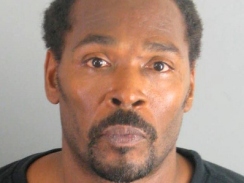 So how did police handle the King near Long Beach DUI stop this time?

According to news reports: relatively smoothly. CNN reported this blow by blow: “A Moreno Valley traffic enforcement unit observed King commit “several traffic violations,” although he was not cited for speeding. After questioning King, a patrol officer noted King exhibited signs of behavior that might involve alcohol or drug consumption.”

King was asked to step out of the car and submit to a voluntary field sobriety test. He was “cooperative and compliant.” So no drama on either King’s part or the LAPD’s part.

Is that a sign that the LAPD has evolved or that race relationships have changed in the city?

Pundits can say what they will, but a single stop is a single stop. It’s hard to extrapolate patterns from single data points, as any good scientist would tell you.

It’s pretty amazing – given what King went through 20 years ago – that he managed to behave calmly and rationally. A Long Beach field sobriety test can be a very scary ordeal. You might be asked to engage in a series of physical and mental coordination tests, such as walk the line, finger to the nose, horizontal gaze nystagmus, counting backwards, and other balance tests. If you underperform – trip or stumble – officers might interpret your lack of coordination as a sign that you were indeed driving under the influence in Long Beach, and you could be arrested and charged pursuant to California Vehicle Code Sections 23152(a) or 23152(b).

And that’s just if you were stopped without any other complications, such as an accident, injury, hit and run, or other traffic infraction.

If you or someone you love got pulled over for Long Beach DUI, you may be bedazzled by questions, like:

• What is the best way to navigate the Southern California legal system?
• How do you build your best defense?
• How do you make sure that the police and prosecutors treat you fairly?
• How do you avoid making mistakes or giving statements that could compound your legal woes?

A Long Beach criminal defense attorney at the Kraut Law Group (444 West Ocean, Suite 800 Long Beach, California 90802 Phone: (562) 531-7454) can help you understand what to do – and, possibly more importantly, what not to do. Attorney Michel Kraut spent over 14 years as a Senior Deputy District Attorney for the City of Los Angeles (a prosecutor of crimes like DUI), and he has a fantastic track record for developing strategic, effective, and aggressive defenses for DUI clients.