Okay, this is a weird one — one of the strangest Pasadena DUI news stories of 2013, so far. 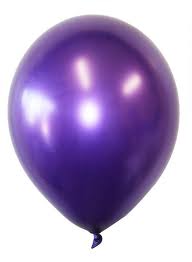 According to CBSLA.com, last Friday, police arrested a 22-year-old suspect in Panorama City for driving under the influence after a late morning slow speed chase. When the young driver pulled over, police observed him inhaling balloons full of nitrous — a recreational drug that can cause hallucinations, problems with depth perception, nausea, and other unpleasantness.

Per Lieutenant Mitzi Fierro, “when the officers initially approached [the driver], he appeared to be greatly intoxicated. He was rocking back and forth in his vehicle. He continued to inhale the gas in the balloon.”

Alarmed and obviously concerned for their own safety, officers eventually shot bean bags through the passenger side window to subdue the 22-year-old. Then broke the window with a baton, dragged him from the vehicle and arrested him for driving under the influence at around 11:15 AM.

The young man was taken to a local hospital for treatment. His father told the media that he has a history of drug use.

The story illustrates what we’ve been discussing a lot recently on this Pasadena DUI blog: namely, that defendants who get into “hot water” with authorities at a DUI checkpoint (or wherever) often make spur of the moment, dumb decisions. These “bad calls” endanger their own lives and the lives of others and also get them into serious legal trouble.

For instance, perhaps you hit someone with your vehicle while coming back from a cocktail party. Instead of stopping and exchanging information – i.e. doing the right thing – you drove off, hoping no one would recognize you. But then the police tracked you down and arrested you not only for the DUI but also for a hit and run. DUI suspects often make less than stellar decisions, like trying to elude police, fighting police, lying to police, and so forth.

It’s human to make mistakes. As human beings, when we get into a hole, sometimes we lack the sense and good judgment to “stop digging.”

This much is obvious. But what is not so obvious — for many Pasadena DUI defendants — is that you may STILL be digging that hole. Even though your arrest is concluded, you still run the risk of doing “dumb things” with respect to your case, such as missing your license suspension hearing.

Appreciate that you have an opportunity, even now, to turn things around.

The team here at the Kraut Law Group understands how stressful and confusing it feels to get arrested. But you might be surprised by your strategic options. This doesn’t have to be the end of the world.

Connect with former city prosecutor Michael Kraut about your Pasadena DUI. The Harvard Law School educated Kraut and his team can provide a no nonsense, compassionate consultation about your case.