Let’s face it: Most Pasadena DUI stops involve work-a-day misdemeanors – generally well-meaning folks who make errors in judgment or take undue risks. But sometimes, stories about DUI in Burbank, DUI in Pasadena, DUI in Los Angeles, and Glendale DUI take turns for the bizarre, spectacular, or simply queer. In this blog post, we will take a look at two standout DUI stories from last week and explore resources to help defendants develop better road habits and equip themselves with a proper legal defense. 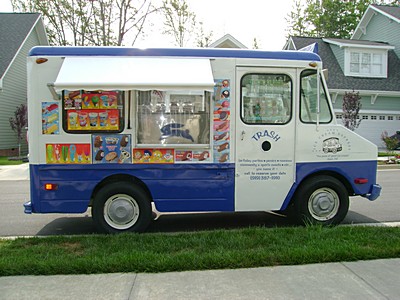 Story Number 1: Beware the Ice-Cream Man
We all know that kids love the ice cream truck and parents fear it because ice-cream contains gobs of sugar, which has long been associated with obesity, diabetes, and a host of other health problems. But a Tampa Bay ice-cream truck proved unusually dangerous last week for a totally different reason. On Monday afternoon, the police pulled over a Sub-Zero ice-cream truck in Tampa Bay driven by 49-year-old Ronald Purdy, after Purdy nearly plowed into a child awaiting his tasty treats. Deputies who arrived at the scene tested Purdy to have a blood alcohol constitution of 0.227% and found two open bottles of whisky in his truck. Yikes.

Story Number 2: Real housewives get in real big trouble
Star Magazine reports that Marysol Patton, a 44-year-old star of the Real Housewives of Miami, was arrested in January 2010 for DUI in Miami Beach. Patton’s mother, Elsa, also got arrested in 2010 for DUI (October). The 76-year-old pled not guilty and got her charge dismissed, when the officer who pulled over failed to show up. Meanwhile, Marysol and her mom had even more company – Philippe Pautesta, Marysol’s boyfriend, also got charged with DUI last year and drove away from the scene of an accident.

The ice-cream truck story and the story about the Real Housewives’ DUI mess suggests that many people might still be confused about what exactly constitutes the crime of driving under the influence. If you have one drink, does that make you too intoxicated to drive? What about two? Three? Clearly, four would…right? The answer has less to do with the number of drinks you have than your degree of impairment and your blood alcohol concentration.

California Vehicle Code Sections 23152 (a) and 23152 (b) define the crime of driving under the influence in Pasadena (and elsewhere in California) and spell out the penalties that offenders will face. If you are too impaired by drugs or alcohol to drive, you violate 23152 (a). If your blood alcohol concentration is greater than 0.08%, you violate 23152 (b). Do note that ice-cream truck driver Ronald Purdy allegedly had a BAC of more than 0.22% – nearly three times the CA limit.

Discussing your DUI case with an experienced Los Angeles criminal defense attorney is a smart and probably necessary first step for you, if you face charges. Get in touch with the Kraut Law Group (790 East Colorado Boulevard, 9th floor, Pasadena, California 91101 Phone: (626) 345-1899) to set up a free case evaluation to build your Pasadena DUI defense. Mr. Michael Kraut has a fantastic record at jury trails – a 99% success rate – and he is a former prosecutor who has a Harvard Law School education. In other words, he has both formidable credentials and proven “on the ground” results. Let him help you figure out your best next steps.