If you’re caught driving under the influence of alcohol or drugs in Pasadena, and you’re a normal citizen (or a sports star or celebrity), chances are, you will receive your fair share of censure from friends, family, and even the public at large. 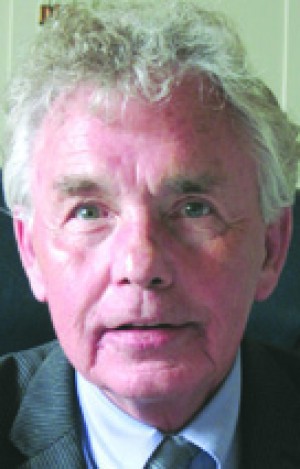 But if you’re a judge whose job it is to oversee a DUI court, prepare to be roasted. Judges and lawyers who specialize in DUI in Pasadena, DUI in Glendale, DUI in Burbank, and Los Angeles DUI are (and should be) held to a higher general standard of behavior. Unfortunately, as we will see in this blog post and a related post later this week, even people like judges and attorneys can make grievous driving errors that can have profound consequences for their careers.

To wit, let’s turn our attention to the story of Robert E. Lee (his real name), a justice of the peace in Butte, Montana. He was arrested in November 2010 for driving under the influence of drugs. An AP article last Friday recapitulated the justice’s strange November day.

On November 13th, Lee drove to the Butte Silver Bow County Courthouse and asked officers to let him in because he needed to perform duties at a wedding. According to testimony, “Lee appeared confused and under the influence of alcohol or drugs.” Lee had parked his vehicle in a handicapped zone behind the Courthouse, and investigators found his credit cards and driver’s license scattered on the ground. Suspicious, police asked the judge to perform a field sobriety test, which he failed. The judge later was asked to take a blood test; this test revealed the presence of methadone, and opioid medication designed for anti-anxiety purposes. Officers later found an empty bottle of methadone at the judge’s house – according to the AP: “the 60 tablet prescription had been filled 9 days earlier.”

If you’re arrested for drug related DUI in Pasadena (or elsewhere in Southern California), you can face serious consequences, including prison time, license suspension, strict probation terms, massive fees and fines, and a general degradation of your professional reputation – particularly if you’re a DUI Judge. Since Lee’s charge was a misdemeanor, he should be able to remain on the bench – though it’s not clear whether he will continue to be allowed to set up the DUI court.

Do you or someone you care about need assistance from a Los Angeles criminal defense attorney to battle charges of Pasadena DUI? If so, consider connecting with former Deputy District Attorney Michael Kraut of the Kraut Law Group (located conveniently in Pasadena at: 790 East Colorado Boulevard, 9th floor, Pasadena, California 91101 Phone: (626) 345-1899). Attorney Kraut can give you the guidance and compassion you need to make headway against your charges. He has a fantastic record at jury trials, a deep understanding of LA DUI law in both theory and practice, and a reputation for getting results for his clients even in extremely difficult circumstances.