Last Monday afternoon, while most Pasadena DUI blogs (and, let’s face it, the entire news media) had attention turned towards the fatal catastrophe in Pennsylvania that took the life of Jackass co-star Ryan Dunn, Idaho Senate Caucus Chairman John McGee quietly bailed himself out of jail on a $5,000 bond, following a brief 10 minute hearing. The Republican Chairman of the Canyon County’s GOP was involved Saturday night in a truly bizarre disaster that surpassed any of the weird arrest and news stories involving Los Angeles DUI, Burbank DUI, Pasadena DUI, and Glendale DUI last week. 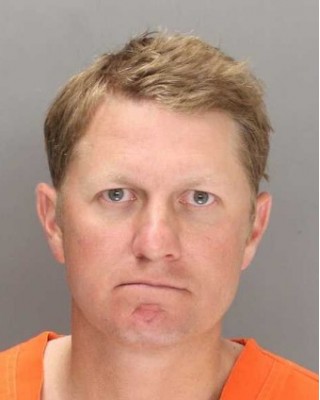 Let’s lift the lid on this curio and discuss its broader implications.

According to the Idaho statesman, “The 38-year-old Caldwell Republican was arrested early Sunday morning on a charge of felony truck theft and misdemeanor DUI, after police found him in the backseat of an SUV – towing a 20-foot trailer – that witnesses say he initially tried to drive off in.”

McGee apparently blew a 0.15 BAC level – nearly twice the Pasadena DUI limit of 0.08% — after drinking and partying at a golf course club house in Boise.

Around about 3 A.M., he hopped into a Ford Excursion and drove away… but then jackknifed the 20 foot rig before getting too far. Two teenagers watched the bizarre accident scene unfold, and the mother of the boys noted that “McGee appeared to be disoriented and hallucinating.” The Idaho Statesman also noted that the Senator’s attorney “might argue that a medical issue was at play.” A hearing has been set for the 1st of July, and many Idaho state political figures are keenly watching the outcome here, as it might have strong bearing on future elections.

One thing that’s striking about this story is that McGee was not exhibiting typical Pasadena DUI symptoms. Normally, someone under the influence might behave recklessly, incoherently, smell like alcohol, or blow a high BAC reading on a breathalyzer test. But if McGee indeed had been hallucinating — and if he did in fact have an underlying medical condition — these factors might influence the nature and quality of his defense. Obviously, it’s illegal to drive with a BAC level of greater than 0.08% in Idaho, just as it is here in Pasadena. But your Los Angeles criminal defense attorney will probe the details of your arrest for facts just like these to help construct a sympathetic and smart defense. After all, your punishments (and potential counterarguments to prosecutorial charges) depend intimately on a clean and vivid accounting of the true facts of the DUI stop and any subsequent acts that you or police officers took.

Pasadena’s Michael Kraut (Kraut Law Group located at: 790 East Colorado Boulevard, 9th floor, Pasadena, California 91101 Phone: (626) 345-1899) has the track record and success at jury trials, knowledge of prosecutorial tactics and strategies, and diverse experience you need to identify your most strategic path to success. This may not mean getting all of your charged dropped, but it will mean feeling less overwhelmed, anxious, and confused. And more confident about exactly what you need to do to restore your life and make amends for any wrongdoing you committed.