If you’ve recently been arrested and convicted of a Pasadena DUI due to a breathalyzer test, some breaking news should be of profound interest for you. This knowledge could be crucial, if you want to understand what defenses might be available to protect you from penalties like jail, alcohol school, driver’s license suspension, and the rest of the works. 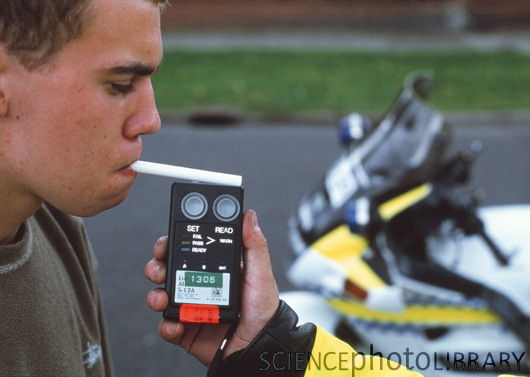 San Francisco police are investigating up to 1,000 local DUI convictions due to problems revealed with 20 local breathalyzer machines. For about a decade, these machines were poorly calibrated and maintained. Police did not test these machines effectively. According to a local public defender, the breath tests needed to be inspected every 10 days, “and that wasn’t happening.”

As a Los Angeles DUI attorney will tell you, breath tests work by measuring the alcohol exhaled from the lungs. Even under the best of conditions, breath tests can be problematic. Different people process alcohol differently. A heavy set man on a diabetes medication might absorb alcohol vastly differently than might a healthy slim 20 something year old woman. The amount of air you exhale into your Pasadena DUI breathalyzer test can radically affect your reading, too. This is the reason why police tell you to take a “deep breath” before you blow into one. We could (and in previous blog posts, have) go on and on and on about all the different possible problems with breath tests. And that’s IF the tests function perfectly.

So what’s happening in San Francisco? How might it impact you?

First off, the 20 bad breath test machines have been taken off out of operation. The consequences of the police negligence could linger, however. In some cases, massive damage may have already been done. As Trent Copeland, a legal analyst for CBS News, put it “when [a breathalyzer] fails, when the computer-generated technology simply isn’t maintained properly, then suddenly the whole system is thrown into chaos and we can’t rely on anything in terms of the results.”

An amazing situation, isn’t it? But here is what’s even MORE amazing…
According to another legal analyst for CBS News, Jack Ford, the San Francisco case may inspire other police departments across the United States – including here in Southern California – to reassess how their breath systems work (or do not work). That’s crucial. If it turns out that your Pasadena DUI breathalyzer was flawed, you might have extra leverage to defend yourself.

Of course, your choice of Los Angeles DUI lawyer can make a huge impact — either positive or negative — for your case. An inexperienced attorney – or someone who doesn’t really understand the diversity and magnitude of potential breathalyzer test flaws – may not be able to develop the most strategic case for you.

Fortunately, you can turn to the Kraut Law Group (790 East Colorado Boulevard, 9th floor, Pasadena, California 91101 Phone: (626) 345-1899 ) for guidance. Attorney Michael Kraut is a Harvard Law School educated Pasadena DUI criminal lawyer who served as a prosecutor before becoming a criminal defense attorney. As such, he understands what prosecutors look for, and he knows how to poke holes in the cases that they build against defendants.