If you recently got stopped for driving under the influence (DUI) in Long Beach – or got into a serious accident while DUI (or allegedly DUI), your life likely feels rather out of control right now. It can be useful to take a look at relevant DUI news items to give your situation some context and help you think more constructively about your options. 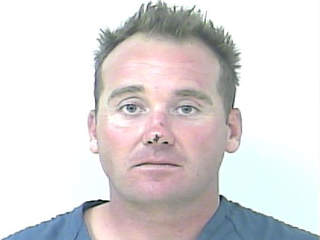 To that end, let’s examine some breaking news out of St. Lucie County, Florida, where 32-year-old Eric Langill, a former bullpen catcher for the New York Mets, rolled over his car at a traffic circle near Commerce Center Parkway and Reserve Road. Langill told witnesses that someone had cut him off—that’s why the car flipped. Initial reports from local law enforcement officials seem to support his conclusion. His white Honda Accord banked “hard to the right” as he approached the intersection, causing a kind of Rube-Goldberg’s-contraption type of accident. According to a report from WPTV, Langill’s car went “over a curb and hit a street sign and concrete fountain at the center of the traffic circle . . . [causing] the car to flip upside down.”

Fortunately, a witness and a friend came to the scene and helped Langill escape through the passenger door. The report said that he had consumed about three drinks that night. But it does not give an indication of whether he took a blood test. As a Los Angeles DUI attorney will tell you, the legal limit for DUI in Long Beach (and Florida) is 0.08%. But you need not test for a high BAC to get arrested and charged – you can be busted for DUI in Long Beach pursuant to a different California Vehicle Code, 23152 (a).

What Can We Learn from Langill’s Experience?

First of all, as a good Los Angeles DUI lawyer will tell you, even simple-seeming accidents or stops can lead to complex consequences. In other words, you may not be able to intuit your best defense strategy or even understand what caused the crash until you really probe the evidence, look at police reports, analyze whether or how breath or blood tests were performed, etc.

If you were DUI when you got into an accident that hurt another person, the circumstances of the crash are extremely important. If you cause the accident due to your DUI, your penalties can be escalated significantly—you can be charged with DUI pursuant to California Vehicle Code Sections 23153 (a) and (b). This can be a significant shift – making what could have been a misdemeanor into a felony, for instance. On the other hand, if the other driver is at fault, you may still be charged for DUI, but it can be a significantly lesser charge.

The point is that, to protect your rights and avoid making mistakes, it is helpful to connect with a Long Beach DUI criminal defense attorney like Michael Kraut of Long Beach’s Kraut Law Group (444 West Ocean, Suite 800 Long Beach, California 90802 Phone: (562) 531-7454). For 14 years, Mr. Kraut worked as a prosecutor for the City of Los Angeles. Now, in his capacity as a top-level criminal defense attorney, he uses his knowledge of the prosecutorial mindset and philosophy to get results for his clients.