Last weekend, Chico California Police arrested George Jefferson Smith, for driving an ice cream truck while under the influence. Pasadena DUI bloggers and others who follow bizarre criminal news have been vigorously discussing the plight of the 48-year-old Smith, who got stopped as part of a saturation patrol that led to 15 motorists heading to custody for suspicion of DUI. 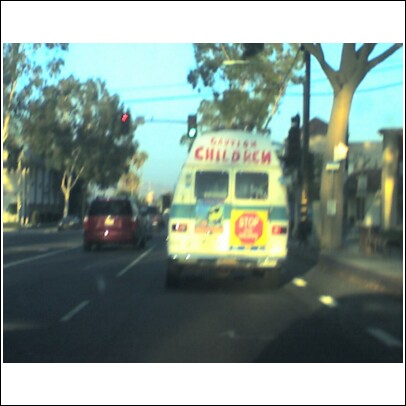 If you’ve been recently stopped at a saturation patrol for Los Angeles DUI, DUI in Pasadena, DUI in Burbank, DUI in Glendale, or DUI anywhere else in the region, perhaps you will feel some empathy for Mr. Smith. According to local newspaper reports, Officer Ryon Mitchell saw Smith swerving around on Nord Avenue on the evening of December 13. The officer stopped the ice cream truck for a taillight violation. When Mr. Smith responded that he “could get the taillight to work if he banged on it,” the officer noted that the driver appeared impaired. He made Mr. Smith take field sobriety tests. People walking past took pictures of the odd sight of an ice cream truck driver walking the line and counting backwards by threes.

According to reports, the driver had not been delivering ice cream to children when he was pulled over.

The Pasadena DUI process that defendants get funneled through may seem confusing at first. But it’s really quite straight forward. Here is a brief overview of what happens.

1. You are stopped at a checkpoint, traffic stop or site of an accident.

Perhaps a Pasadena officer saw you weaving across a lane or blowing through a stop light. In any case, the police must follow very specific procedures to make DUI checks.

2. Investigation into your alleged intoxication

An officer will ask you to leave your vehicle and participate in field sobriety tests, also known as FSTs. You may also be asked to submit to a preliminary alcohol screening (PAS) test. Note that both the FSTs and the PAS tests are voluntary.

3. Arrest for driving under the influence in Pasadena

A typical non-injury DUI will be charged under California Vehicle Code Sections 23152(a) and/or 23152(b).

The court can appoint a public defender to represent you, or you can represent yourself without a lawyer. Both of these options have serious drawbacks. Experts would almost certainly recommend that you choose a third option: hiring a private lawyer to represent you for your DUI.

Pasadena DUI defense attorney Michael Kraut is a former senior trial prosecutor who boasts a 98% success rate at jury trials that have gone to verdict. As a Harvard Law School educated lawyer who has extensive connections and a deep understanding of the law, Attorney Kraut can provide a free consultation at his Pasadena office at 790 East Colorado Boulevard, 9th Floor, Pasadena, California 9110. Call 626-345-1899 to set your appointment.

Depending on the nature of your charges, you may have to appear at your arraignment, or your private DUI attorney can appear on your behalf to enter your plea.

6. Preparing for the pretrial

95% of criminal trials get resolved at this stage. For instance, your DUI lawyer could get your charges reduced or dropped altogether.

If you are among the one out of 20 criminal defendants who has to go to a jury trial – whose case has not been dismissed or settled – your lawyer will represent you to win the best possible verdict.

Your attorney can help you stay on track after you’ve fought the charges by turning you onto good resources.