Everyone in the world of poker knows that driving under the influence in Burbank (or, really, anywhere in the United States) is bad news. Unfortunately, John Racener, Runner Up in the 2010 World Series of Poker’s Main Event, may not have gotten the memo. According to a report out of St. Petersburg, Florida, Racener got arrested on December 11 for his third DUI, after police stopped him near South Westland Ave and West Azeele Street. 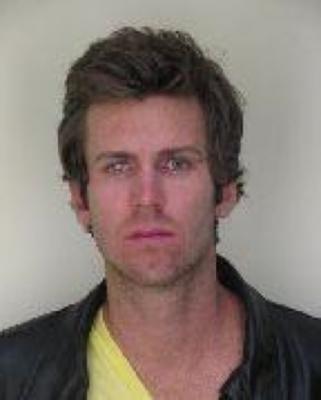 If someone or you care about has been recently pulled over under suspicion of a Burbank DUI, Pasadena DUI, Los Angeles DUI, or Glendale DUI, Racener’s story may sound uncomfortably familiar. Just last month, the 24-year old won $5.5 million in Las Vegas. But all his earnings may not be enough to prevent him from seriously harsh penalties. According to the St. Petersburg Times, “Racener has been arrested in Hillsborough County three times before – on charges of driving under the influence in 2005 and 2006 and on a misdemeanor battery charge in 2009.”

Racener allegedly refused a blood alcohol test and made a bail of $1000 to secure his release.

As we’re going to see in a moment, the more often you get arrested and convicted for DUI charges, the more uncomfortable the penalties become. For instance, a first time Burbank DUI offender might get a misdemeanor and be subjected to court penalties such as 48 hours in jail (max six months); court costs and a fine of a $1000; a full year license suspension; six weeks minimum DUI alcohol school; and formal or informal probation.

A second time misdemeanor DUI within 10 years results in an increase in your jail time and alcohol school minimums, doubles your license suspension, hikes up your court costs and fines, and leads to potentially other punishments.

If you get convicted of three DUIs within a decade – a la John Racener – a 3rd time misdemeanor offense will land you a minimum of 120 days in jail with a maximum of a full year. Your other penalties (e.g. alcohol school, license suspension, fines, etc) will also hike up.

Beyond this, extra DUI convictions within 10 years will lead not only to more penalties but also to potential felony convictions for what ordinarily would be considered a misdemeanor offense.

All of this is to say that a Burbank DUI defense attorney, like Michael Kraut of the Kraut Law Group, may be an essential person to call if you or someone you care about faces charges. Whether this is your first arrest in your life for anything or whether you have a criminal record already, connect with Attorney Kraut’s Burbank offices at 2600 West Olive Avenue, 5th Floor, Burbank, California 91505. Or dial 818-5639-810 for immediate help.

Attorney Kraut has a Harvard Law School education, and he has been featured as an expert on DUI law by CNN, ABC News, KTLA Channel 5, and the Burbank Ledger.