If you have recently been arrested and charged with driving under the influence in Pasadena or elsewhere in Southern California (e.g. DUI in Burbank, DUI in Glendale, DUI in Pasadena, DUI in Los Angeles) chances are you’ve tuned into some very curious news out of Santa Clara County, California. Over 850 DUI cases up are being reviewed, after evidence emerged that the Alco-Sensor V breathalyzers used throughout Palo Alto and San Jose may have been significantly defective. As this blog reported a few weeks ago, the Alco-Sensor V breathalyzers have a manufacturer’s defect that causes condensation buildup and skews BAC readings. 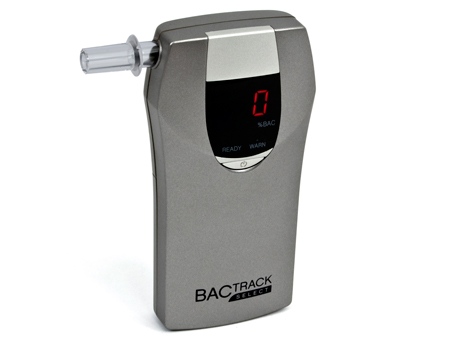 The defective breathalyzers may have led to false arrests and convictions.

All that said, so far the Santa Clara County Public Defender’s Office has not identified too many problematic cases. Out of 858 files that theoretically could have been disputed, so far, only 42 questionable cases have so far surfaced. An Assistant Public Defender, Nona Klippen-Hughes, admitted “I don’t think there is going to be a huge number of cases.” Part of the problem is that the average BAC level for arrest was 0.19% – significantly over the legal limit – and many suspects who used the Alco-Sensor V device also blew DUI positive breath results at the police station after being taking into custody.

So the revelation about the faulty machines may not be as “newsworthy” as initial reports suggested…unless, that is, you consider the story in context. Then, it gets a LOT more interesting. For instance, Vermont and Florida have witnessed serious breathalyzer-related problems that may result in a wholesale throwing out of some pretty big charges.

These breathalyzer-related mishaps are disturbing. Especially because it can be easily demonstrated that breath tests skew in a variety of ways. As this blog has noted time and again, if you blow deeply into a breathalyzer machine, you get a higher BAC reading than if you blow lightly. Men and women process alcohol differently. Chemicals on your breath alter these tests. Calibration and officer errors mess them up. And, obviously, manufacturing defects can also do the job.

A Los Angeles criminal defense attorney can unpack the evidence against you and develop a battle plan to fight the charges. For instance, say you blew an over-the-limit BAC level reading on a breathalyzer. Attorney Michael Kraut of Pasadena’s Kraut Law Group (790 East Colorado Boulevard, 9th floor, Pasadena, California 91101 Phone: (626) 345-1899) could potentially challenge the results on a number of grounds. Attorney Kraut served as a prosecutor for nearly 15 years. He still uses his connections, insights, prosecutorial mindset, and perspective to help clients get the results that they want and deserve.