Why on Earth would you want to waste time reading or thinking about a meteorite explosion, when you have a serious Long Beach DUI charge on your hands, and your freedom and future literally hang in the balance? 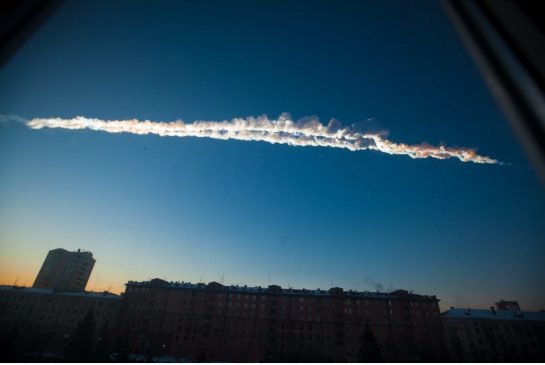 There’s a good reason why.

Many defendants, who face charges like driving under the influence in Long Beach, never take the time to process what they go through. As a result, they often make impetuous decisions that backfire, or they fail to “get into gear” early enough in the process. The end result is the same: driver’s license suspension, jail time, harsh probation terms, and worse.

Point is, you really need to take time to process what’s happened to you and come up with new ways to think resourcefully about your situation. Your DUI event was very disruptive and totally unexpected. No one starts off a day saying “I think I’m going go out and get into a Long Beach DUI accident tonight.” Accidents and DUI checkpoint arrests happen totally out of the blue.

Likewise, the meteorite that exploded over the city of Chelyabinsk, Russia in the Ural Mountains on February 15 was totally unexpected. The blast literally shocked the world. (Curiously, the event happened around the same time as a 130,000 ton asteroid zipped by the Earth — nipping our whiskers at just 17,000 miles distance). The fireball nevertheless created a mini-disaster, injuring 1,100 people or so (mostly due to glass blown out from the explosion) and damaging 3,000 area buildings.

Russia — and the rest of the world, actually — got lucky.

Had the meteorite gone slightly off course, it could have exploded over nearby nuclear weapons plants or chemical weapons facilities and thus either set off another Chernobyl-type disaster or caused toxic agents to be released en masse into the atmosphere.

Your Long Beach DUI event was very similar to a meteorite strike — it was unexpected and unwanted, and it’s left you dazed and feeling out of control.

To regain some control and perspective, get in touch with the Kraut Law Group today. Michael Kraut is a highly reputable, widely respected ex-prosecutor who now works as a Long Beach DUI defense lawyer. He and his associates can help you respond knowledgably to your crisis and build a sound and structured defense.