According to an October 2nd article in the New York Times, a Brooklyn grand jury is set to hear testimony in the case of an NYPD officer who struck and killed a young woman with his jeep, allegedly while under the influence of alcohol. Experts in Southern California DUI law are closely following the matter. 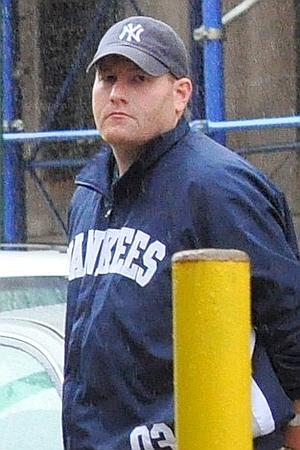 According to the Times article, Officer Andrew Kelly drove into a 32 year-old woman, Vionique Valnord, as she was exiting a wedding party. Officer Kelly was off duty at the time, and he refused to take a blood alcohol test at the scene. Under subpoena, he was compelled to take a blood test seven hours later; the test revealed that he had no alcohol in his system. Nevertheless, eye-witnesses have claimed that Officer Kelly exhibited signs of intoxication, including “red watery eyes” and “slurred speech.” The prosecution also alleges that Officer Kelly’s jeep smelled of alcohol. The matter has elicited public outrage and Mayor Bloomberg himself has planned to attend Ms. Valnord’s wake.

Given the ambiguous evidence regarding whether or not Officer Kelly was intoxicated, it’s unclear how the prosecution will make its case. As a practiced Los Angeles DUI attorney might tell you, roadside sobriety tests and blood alcohol tests alike are notoriously unreliable.

Most people understand that blood, urine, and breathalyzer tests can be biased by improper handling, misinterpretation, and design defects. But few realize that even so-called “obvious” signs of intoxication may not be so obvious after all. When police pull suspects over for driving under the influence in Southern California, they usually look for symptoms, such as:

Taken together, these signs can be extremely suggestive. However, most DUI examinations yield less than conclusive results. Any number of factors can potentially explain why, for instance, a driver has watery eyes and slurred speech. Perhaps he or she is just fatigued. Or perhaps he or she is having a bad reaction to a medication. Similarly, some people are more or less coordinated than others. This doesn’t mean that people who exhibit these symptoms are not intoxicated. (Nor, conversely, does it mean that individuals who fail to exhibit these symptoms are not DUI.)

The general point here is that, to make an accurate assessment of a suspect’s level of intoxication, one must scrutinize other possible hypotheses that could explain the symptoms.

Of course, challenging charges of DUI in Los Angeles — particularly in cases where other people have been hurt or killed — can be monumentally difficult. That’s why many defendants turn to expert Los Angeles DUI attorneys, like Michael Kraut of the Kraut Law Group. Prior to becoming a criminal defense lawyer, Attorney Kraut spent years as a prosecutor for Southern California DUI cases. His unique vantage allows him to construct strategic options that many attorneys would never think of, simply because they’ve never argued for the other side before.