When you got arrested for driving under the influence in Burbank, you might have been tempted to “fight back” against the police or engage in destructive (perhaps illegal) behavior. 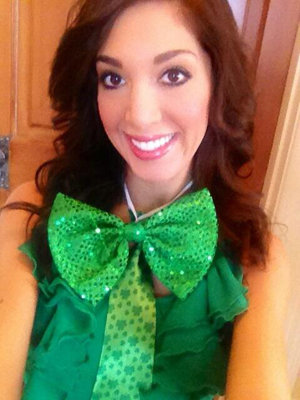 Hopefully, you restrained yourself from making your situation worse.

For an object lesson about what can happen, let’s take a look at the recent DUI arrest of “Teen Mom” star Farrah Abraham. The 21-year old mother (of a 4-year old girl) got busted for DUI in Nebraska on St. Patrick’s Day. She “fought cops tooth and nail” – literally – according to TMZ reports.

Per the Omaha Police Department, Abraham almost swerved into a cop car, precipitating police to investigate and ultimately arrest her under suspicion of DUI. She did not go quietly. She “banged her head against the (police car) window while yelling and screaming.”

We’ve covered a lot of stories about people refusing Burbank DUI breath tests. But Abraham took the concept of refusal to the next level. She bit it – literally. She put her teeth onto the tube to avoid blowing in. Ultimately, police gave her a different blood alcohol test and found that she had a 0.147 of BAC – nearly twice the legal limit for Burbank DUI (and DUI in Nebraska, as well).

The 21-year old told a very different story to the magazine In Touch. She said she was sick – that’s why her BAC was recorded so high – and that she had just go to her car to help her older sister (also a mother of a small child), who had been partying that night. According to the reality star “because I’m sick, I could not give an accurate breathalyzer test, due to coughing and shortage of breath.”

Meanwhile, the tabloids collected photos showing Abraham partying with her friends at a bar on St. Patty’s Day.

That evidence may not bode well for her case.

Of course, it’s easy for readers to sit back and judge reality stars and other public DUI defendants. But if you’re personally reckoning with charges – or if you know someone who is – you know that it’s no laughing matter.

Get in touch with a Burbank DUI defense attorney at the Kraut Law Group immediately to get clarity about your rights and possible strategies after your arrest. Attorney Kraut is a compassionate, thorough, an accurate ex-prosecutor – well respected in the legal community. He can help you manage your legal crisis with grace and common sense. Call the offices now to set up a free consultation.