People involved in Los Angeles DUI cases–and in DUI cases across the country–often allege that the cops who have charged them have lied about the evidence that was used against them. Whether that’s true or not, drivers in Utah won’t be getting the chance to collectively make their case against one former state trooper. 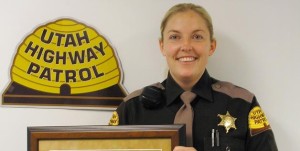 The Utah case involves former Highway Patrol Officer Lisa Steed, honored in 2007 as the State Trooper of the Year but later fired after two judges found that she had lied in court and falsified reports in her DUI arrests. Steed made more than 1,000 such arrests in the course of her 10-year career with the department.

In December 2012, attorneys for three Utah motorists proposed a class action suit against Steed and the Utah Highway Patrol. They argued that Steed’s improper behavior had harmed hundreds or even thousands of drivers arrested for DUI, and that those drivers should be allowed to band together to sue her and UHP.

But Second District Court Judge Michael Allphin ruled in April that the circumstances of each DUI case were too unique to allow everyone arrested by Steed to become part of a single lawsuit. According to KSL.com, the judge wrote in his decision that “The proposed class members’ traffic stops occurred over a period of several years, at various locations, at different times of the day, and for differing reasons. These differences must be considered when determining whether reasonable suspicion and probable cause existed under the totality of circumstances of each traffic stop.”