Last Tuesday, a judge extended celebutante Nicole Richie’s Los Angeles DUI probation until March 2011 to give her a chance to finish up her alcohol education courses. Richie – a former reality TV star (The Simple Life) and daughter of pop icon Lionel Richie – was pulled over for driving under the influence in Burbank in December 2006, after she piloted her black Mercedes the wrong way down the freeway. California Highway Patrol (CHP) officers pulled her over and gave her Field Sobriety Tests, which she failed. She later on pled guilty to a misdemeanor charge. 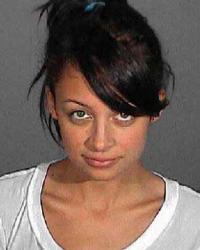 The 28-year-old failed to complete her Los Angeles DUI alcohol school according to schedule, and that’s why the judge ordered her probation extended. Theoretically, if Richie finishes her courses by March 2011, she will be dispatched of her legal obligations pursuant to this incident. She did not appear in court when the judge gave the order, because she was busy attending to her second child, who was born last September. (Richie is engaged to Joel Madden, the lead singer of the band Good Charlotte, and they have two children with each other.)

When the CHP pulled Richie over in 2006 for driving under the influence in Burbank, they gave her standard Field Sobriety Tests (FSTs). Clearly, they had a reason to suspect that something was amiss, since she had been driving the wrong way on the highway. But what kinds of tests did they do, exactly?

Sobriety tests aim to explore a driver’s mental and physical coordination. The first test usually given is the Horizontal Gaze Nystagmus Test, which measures pupil reaction time. Other physical tests include coordination tests, such as Walk the Line, One Leg Stand, Finger to the Nose and the Rhomberg Test. (This last test involves leaning your head back and counting to 30).

Officers may also test your mental coordination by asking you to do tasks like saying the alphabet backwards. They will also look for other signs that might indicate intoxication, such as bloodshot eyes, odor of alcohol, and awkward or inappropriate demeanor.

Michael Kraut of the Kraut Law Group in Los Angeles spent nearly a decade and a half as a prosecutor for the city – putting DUI offenders behind bars. He knows the judges, prosecutors, and other players involved, and he uses both his deep knowledge of the system and his personal connections to get results time and again for his clients.