Thomas Kinkade, a bestselling painter known for his gausy landscapes and overtly religious themes, was arrested for driving under the influence in Southern California on June 11 in Carmel. According to arrest reports, police pulled over the 52-year-old after they noticed that his 2006 Mercedes lacked a front license plate. An officer smelled alcohol on Kinkade’s breath and called in the CHP to conduct a field sobriety test. Kinkade allegedly failed these tests, and the police booked him into Monterey County jail. 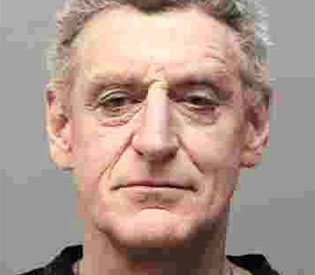 Kinkade’s business dealings had already been under a cloud as result of ongoing bankruptcy proceedings. One of his two companies – Pacific Metro – filed bankruptcy less than two weeks before his Southern California DUI arrest. Kinkade is a self-made artist – he started selling his paintings in the parking lots of supermarkets. Today, he controls a not-unsubstantial artistic empire – or at least he did before his Morgan Hill Production company filed for Chapter 11.

When someone like Kinkade gets pulled over for driving under the influence in Pasadena, what kinds of Field Sobriety Tests (FSTs) will he or she be subjected to? Here is a brief guide:

This is an eye examination — a test for pupil reaction response. A slow response could indicate a Pasadena DUI.

A suspect is asked to take several paces across a line (often a road divider). This is a balance test. If the driver cannot stay on the line, DUI may be suspected.

Another balance test. Suspect has to balance on one foot for a duration. Obviously, stumbling or falling might indicate DUI.

Yet another balance test. The suspect must tilt his or her head backwards and count for a duration. Again: stumbling, tipping, or a loss of balance might indicate DUI.

Suspect must stretch her arms and attempt to touch her fingers to her nose with her eyes closed. If she misses her nose, DUI can be suspected.

Officers can also request a suspect to recite the alphabet in reverse or pass other tests of mental coordination. Failures, incoherent responses, and non-cooperation may all be construed to indicate potential intoxication.

Have you or a loved one has been pulled over for driving under the influence in Pasadena or elsewhere in Southern California?

If so, consider retaining a criminal defense attorney to fight the charges. Michael Kraut (of the Kraut Law Group) served as a prosecutor prior to becoming a Los Angeles DUI defense attorney. In addition to being Harvard Law School educated, Attorney Kraut boasts great relationships (and important connections) with the judges and prosecutors who might be handling your case. Attorney Kraut has a keen intellect, which he uses to develop and execute powerful strategies to get sentences down. He might even be able to challenge the basis of the charges against you and get them dismissed altogether.