Pro Football Hall of Famer Bruce Smith – who set numerous NFL records, including most sacks of all time – is set to appeal a July 9 conviction of driving under the influence. While he was not charged with a Los Angeles DUI (technically, Smith was arrested in Virginia Beach, VA), football fans throughout Southern California have followed his legal woes carefully. 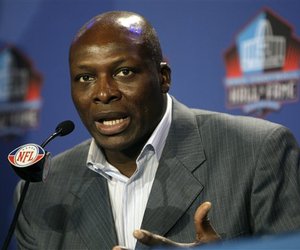 According to an ESPN report, the 45 year-old Smith was pulled over for speeding in Virginia Beach back in May on Interstate 264. The arresting officer was allegedly part of a DUI Enforcement unit; he arrested Smith for DUI after the player refused a breathalyzer test. Prior to this incident, Smith had been arrested twice before for DUI – once in 1997 and once in 2003.

Had the Buffalo Bill’s former defensive end consulted a reputable Southern California DUI attorney, the lawyer would likely have explained the consequences of being convicted multiple times for DUI.

In Southern California, if you’re convicted of two DUIs within ten years’ time, you’ll face mandatory minimum jail time of up to ten days (maximum six months). In addition, you’ll lose your driver’s license for two years, spend eighteen months attending DUI alcohol school, pay fines and court costs, and endure probation and other penalties. For instance, the court may mandate that you install an interlock device on your car.

If you’re convicted of a third DUI charge within ten years, you’ll add yet another misdemeanor to your record and face a mandatory 120 days in prison time (maximum one year). You’ll also face longer time in alcohol school, steeper fines and court costs, and a longer driver’s license suspension (three years minimum).

If you’re convicted of four Southern California DUIs within a ten year period of time, you may face a misdemeanor charge or even net a felony charge. Fourth time offenders face a minimum sentence of 180 days in jail (for a misdemeanor) or up to three years in jail (for a felony). In addition, you’ll lose your license for four years and face even steeper court costs, fines, alcohol school requirements, and probation restrictions.

Whether you’re facing your first charge of driving under the influence in Los Angeles or your sixth, you need a competent, compassionate, and knowledgeable attorney to help you navigate the legal hurdles. Connect today with Attorney Michael Kraut. Prior to becoming a criminal defense lawyer, Attorney Kraut served Los Angeles as a Deputy District Attorney and prosecuted a wide variety of criminal and DUI cases. Since he’s been on “the other side,” he knows the tactics and strategies that the prosecution uses. He can use that hard-won knowledge to build you an intelligent, proactive defense.