On August 25, 2009, Oscar-winning screenwriter Roger Avary (whose credits include Pulp Fiction, Beowulf and The Rules of Attraction) pled guilty to manslaughter in a tragic Southern California DUI case that has gripped Hollywood for more than half a year. 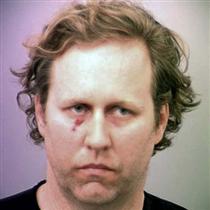 According to facts as reported by Los Angeles Times, on the morning of January 13, Avary careered into a car driven by an Italian tourist named Andreas Zedine. Firefighters extracted the injured Mr. Zedine from the wreckage, but resuscitation efforts at Ventura County Medical Center failed. Avary’s wife suffered serious injuries in the crash as well. The screenwriter was arrested on suspicion of felony DUI in Los Angeles and held at the Ventura County Jail for $50,000.

If you or a family member has been arrested for vehicular manslaughter or another felony driving charge, you may greatly benefit from the services of a veteran Los Angeles DUI attorney.

Gross vehicular manslaughter while DUI is a very serious charge. To convict someone of this crime, pursuant to California penal code section 195.5(a), the prosecution must prove a number of points. First of all, they must show that a driver had been under the influence of alcohol or an illegal drug and had a BAC of 0.08% (CA’s legal limit) or higher. Second, the person who was driving under the influence must have committed an infraction, misdemeanor, or other illegal act that potentially could lead to someone’s death. Finally, the prosecution must show that that misdemeanor, infraction, or act resulted in someone’s death.

It’s also important to distinguish between carelessness and “gross negligence” as defined by the law. Gross negligence isn’t simply a temporary lapse in judgment or a lack of care. It’s a kind recklessness that generates a greatly increased risk of bodily injury or death, one that a reasonable person would understand to be dangerous and risky.

Given your critical circumstances, you likely need good advice from a qualified attorney. Southern California DUI clients trust Attorney Michael Kraut because he delivers results. Attorney Kraut spent over a decade as a prosecutor and served as the Deputy District Attorney for Los Angeles before switching over to take on criminal defense work. Since he’s tried literally hundreds of Los Angeles DUI cases from the prosecution’s side, he has a unique perspective – a perspective he can put to work to craft a solid defense for you.