JJ Hones, a 22-year-old point guard for the NCAA Championship Stanford women’s basketball team, was arrested on May 2nd for DUI in Southern California under very extraordinary circumstances. According to arrest reports, Hones was recklessly driving a golf cart across campus. When police attempted to pull her over, she at first evaded arrest. Police finally caught her and gave her a field sobriety test, which she allegedly failed. They then took her to Santa Clara County Jail. 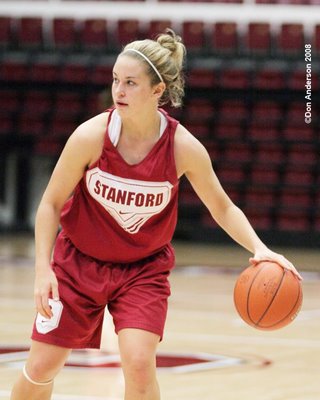 The senior was kicked off her team the following Monday. Hones had been struggling under multiple knee injuries, but she had intended to play another season prior to her arrest. So far, charges have not been handed down. Fortunately, no one was injured in the incident.

If you get pulled over — whether for recklessly driving a golf cart DUI in Pasadena or for causing an injury DUI in Burbank — chances are that you will be subjected to field sobriety tests (FSTs) similar to the ones that JJ Hones faced. But what are these field sobriety tests? How do they work? What do officers look for? And how do the courts typically interpret their results?

Although officers do have leeway in terms of how they conduct FSTs; typically, they subject suspects of Pasadena DUI to the following:

1. Horizontal Gaze Nystagmus Test – The subject is asked to follow a light or object with her eyes. If reaction time of the pupils is sub-par, DUI may be suspected.

2. Walk The Line Test – Suspect is asked to walk nine paces in both directions on a line (typically a road divider line). If the suspect loses her balance or fails to complete the paces, she may be suspected of Los Angeles DUI.

3. Finger to the Nose Test – Suspect is asked to close her eyes and reach her hands out to the sides and then bring them in to touch her nose. If she misses or loses her balance, DUI may be suspected.

4. Stand on One Leg Test – Suspect is asked to stand on one leg for about 90 seconds. If she loses her balance, DUI may be suspected.

Another balance test requires the suspect to tilt her head backwards and count to 30. If she loses her balance, she could be suspected for DUI.

Officers will also observe your behavior. Is there odor of alcohol on you? Are you slurring your words? Is your story coherent? Are you acting belligerent, lethargic or otherwise strangely?

If you fail a sobriety test and get arrested for driving under the influence in Pasadena or elsewhere in Southern California, you may need smart legal representation to protect your rights and ensure that you get fair treatment.

Look to the Kraut Law Group in Los Angeles for strong legal representation. Lead attorney Michael Kraut is Harvard Law School educated, and he is a renowned expert on South California DUI law. He has appeared as an expert commentator on numerous national news networks talking about DUI law, and he served as a former prosecutor for the City of Los Angeles prior to becoming a DUI defense attorney. His dynamic, integrated approach to DUI defense has earned him the respect of legal peers and judges alike.