Would someone arrested for a DUI in Los Angeles be less likely to offend again if he/she had to go to the morgue to see someone killed by a DUI driver? 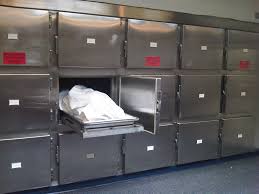 In an article that appeared in Slade Magazine’s April 2016 issue, writer Hannah Waters reported on a program in Orange County, California, that allows a judge to order a DUI offender to visit the morgue. The program, which started in the late 1980s, reports that fewer than two percent of the drivers who participate face DUI charges again within 18 months. The National Highway Safety Administration, on the other hand, estimates that the national recidivism rate for DUI offenses is about 30 percent.

Waters spoke to a forensic psychologist about the program, who said that such programs could help offenders understand that they have caused (or could have caused) real harm. Seeing a DUI victim in the morgue could also help an offender empathize with the victim, so they remember the possible consequences the next time he or she considers driving after drinking.

Others argue, however, that the programs do no more than scare DUI drivers and that fear-based programs (like Scared Straight for juvenile offenders) simply don’t work. The problem is there’s little scientific, objective evidence to support the views of either side.

Waters said she wrote the article when she heard that Thailand has become the first country to mandate that DUI drivers work in morgues. She hopes that country will produce some hard data on the effectiveness of morgue visits.
Los Angeles County, Lake County, Illinois, and Clark County, Nevada, (home to Las Vegas) have similar mandated morgue visits.

Proponents of such programs say they’re needed because current DUI laws aren’t doing enough to change behavior. You have to wonder what would be more effective at preventing a repeat DUI–a visit to the morgue, or a sentence of up to six months in jail and heavy fines, which is the current penalty under California Vehicle Code 23152.

Do you need help with a Los Angeles DUI defense? Call the experienced legal team at the Kraut Law Group for insight into your case.