Southern California DUI headlines about indiscreet celebrities and sports figures capture a sizable (perhaps undue) slice of the American attention span. But today we are reporting on a story that’s potentially even more bizarre than the standard Lindsay Lohan DUI or Paris Hilton DUI type affairs. 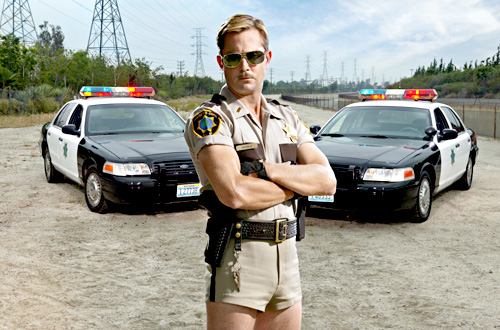 A breaking story out of Reno, Nevada has lit up the blogosphere — even though no celebrities, sports figures, or even politicians were involved. Why all the fuss? Because it involves two men simultaneously arrested for driving under the influence in one stop.

The back-story
Last Tuesday, a motorist called the Reno police after he saw an SUV weaving around the road near Sparks Steakhouse (near McCarran Boulevard in North Reno). The motorist saw the SUV stop. The passenger hopped out of the vehicle, walked around to the driver, pulled him out and then carried him like a sack of potatoes back to the passenger side. The passenger then got into the driver’s seat and drove away.

By this time, police had arrived — in time to see the new driver (the former passenger) veering erratically over the road. Police pulled over the SUV and tested both men — Michael Yell and David Dudick — both of whom tested three times over the state’s legal limit of 0.08%.

“Double dip” Southern California DUI stops occur infrequently — but this incident out of Reno was not even the first of its kind that this blog has covered (if you recall, several months ago, we reported on a husband and wife who both got arrested for driving under the influence in Los Angeles at the same stop — although each was driving a different car).

The first, California Vehicle Code Section 23152(a) defines the term “driving under the influence” as a crime that can lead to your arrest. It also stipulates the many consequences that await convicts, including driver’s license suspension, fines and court costs, points on your license, jail time, and mandatory alcohol education. (The statute does not, obviously, talk about the secondary fallout from these primary punishments — such as increased insurance rates, potential difficulties with employers, and so forth — but convictions under the statute can have long-term and complex consequences).

The second, California Vehicle Code Section 23152(b), defines DUI “per se” as driving with a blood alcohol concentration of 0.08% or greater. California Vehicle Code Section 23578 defines so-called excessive blood alcohol content as a BAC of 0.15% or higher. This may lead to a DUI penalty enhancement — in other words, your punishments can be even greater than they might be for a standard BAC violation.

Whether you were arrested under suspicion of driving under the influence in Long Beach, Burbank, Glendale, or elsewhere in Southern California, you will likely want an attorney to represent you through the various phases of your defense. Do not underestimate the power of prosecutors. The state tends to be particularly aggressive with DUI suspects.

Fortunately, attorney Michael Kraut of the Kraut Law Group is available for a free consultation about your Long Beach DUI matter. Why consider speaking with Mr. Kraut? First of all, he is Harvard Law School educated. Second, he served 14 plus years as a prosecutor (Deputy District Attorney for Los Angeles). Third, he is widely regarded as an expert on the topic of Southern California DUI defense — witness his many appearances on news stations discussing germane topics. Fourth, he has an exemplary record and lots of experience with jury trials.