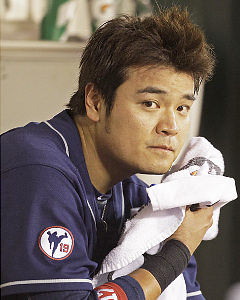 The latest big sports related DUI arrested occurred last Monday morning, when Shin Soo Choo, an outfielder for Cleveland Indians (the MLB’s best team, currently) got arrested for DUI in Sheffield Lake, Ohio. USA Today reported that Shin Soo Choo became “the sixth major leaguer cited for a possible DUI this year… he joins Detroit’s Miguel Cabrera, Seattle’s Adam Kennedy, Cleveland teammate Austin Kearns, Atlanta’s Derrick Lowe and Oakland’s Coco Crisp as players arrested on suspension of DUI.” Is it just quirky that so many sport celebs have been arrested for DUI? Or are quirks becoming the norm this year?

Here is an argument for the second interpretation: A Connecticut women actually delivered her child at a DUI checkpoint! This story comes courtesy of www.whac.com: “Bethel and Trevor Hairston were in their Plainfield, Connecticut home Saturday night when Beth went into labor. When they hit a DUI checkpoint, Trevor tried to roll through it… “I kind of did a California role. I didn’t really stop, but I just rolled up the window and said ‘my wife is in labor, we’re going!’… a police officer got into the car with them to help to deliver the baby. Ten minutes after stopping at the checkpoint, baby Christian Hairston was born at exactly 1 am in the passenger seat of the Hairston’s car.”

So, we’ve got lots of sports stars getting arrested for DUI, a couple giving birth at a DUI checkpoint, but no additional lawnmower DUI arrests (at least according to a recent scan of Google News).

The symptoms of Long Beach DUI often mimic “symptoms” of other conditions – such as fatigue, stress, disease/exhaustion, and yes, even pregnancy. If an officer notes that you seem shaky, wobbly, disoriented, uncoordinated, unable to explain where you’ve been, nervous, agitated, etc, he or she will be more suspicious that you might be DUI. But as the story about the Hairstons proves, not everyone who acts oddly – for instance, rolls through a DUI checkpoint – is breaking the law or even fractionally intoxicated.

To develop a smart defense to charges against you, connect with a Los Angeles criminal defense attorney, like Long Beach’s Michael Kraut (444 West Ocean, Suite 800 Long Beach, California 90802 Phone: (562) 531-7454). Although Mr. Kraut cannot guarantee that your charges will be dismissed or reduced, he can leverage his 14 plus years as a former prosecutor, excellent record at jury trials, deep relationships with prosecutors, and strong knowledge of Los Angeles DUI law to improve your odds of getting good results.