24-year-old actress Lindsay Lohan is still suffering a legal hangover from her 2007 Los Angeles DUI conviction. Last Tuesday, the “Freaky Friday” actress entered a live-in drug rehab program — the fifth time she has been admitted to a rehab facility. 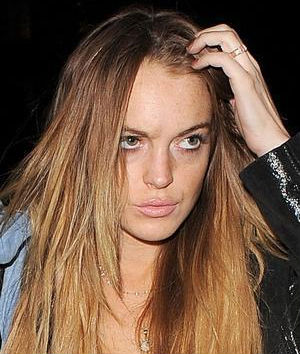 As this blog reported last week, Lohan will have to return to court on October 22 to face charges that she failed a court mandated drug test ordered after her recent probation lapse. She was released from jail the Friday before last on $300,000 bail. The actress must wear an alcohol monitoring bracelet and avoid consuming alcohol or other controlled narcotics.

The ongoing public discussion about Lohan’s Los Angeles DUI may have long-term, interesting ramifications for the policy debate over how best to punish and prevent multiple instances of driving under the influence in Southern California.

The media attention forces people to discuss what might happen if, for instance, someone gets arrested and convicted multiple times for driving under the influence in Burbank.

A first time offender will usually get a misdemeanor charge (unless he or she hurts another person or commits a “hit and run” or does something else that complicates the case). Penalties might include two days in jail, a one year CA license suspension, six weeks of alcohol school, mandatory installation of an IID (interlock ignition device), and court costs and fines.

If you are convicted multiple times of driving under the influence in Burbank, your penalties ratchet up. A second time misdemeanor offender (within 10 years) will get more jail time, longer time in alcohol school, a longer driver’s license suspension, steeper fines and court costs, and stricter probation terms. If you are convicted of three plus DUIs within 10 years, the prosecution may try to ratchet up your charge from a misdemeanor to a felony. Convicted felons face must steeper penalties yet, including permanent loss of things like the right to vote.

So how can you best respond to charge of a Southern California DUI? Believe it or not, your choice of legal representation can have profound ramifications for your sentencing and your ability to keep/win back privileges.

Former Los Angeles City prosecutor Michael Kraut (who served as a Deputy DA for nearly a decade and half) can advise you. Attorney Kraut is Harvard Law School educated, and he is a regular commentator on national television networks and radio shows, where is often called in as an expert on Los Angeles DUI matters.