Testing drivers for an alcohol-related DUI in Los Angeles is a relatively straightforward process that may involve a breathalyzer and blood tests. But when pot is a driver’s choice for getting high, it’s been a lot harder for police to identify just how much cannabis is in a driver’s bloodstream and what constitutes impairment. 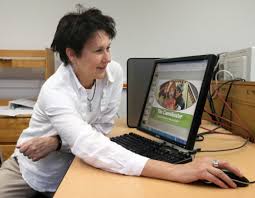 Two biomedical engineering graduate students from the University of Akron in Ohio claim to have solved that problem. According to CBS News, Mariam Crow and Kathleen Stitzlein said they’ve invented a “Cannibuster” that can quickly gauge the amount of THC-the psychoactive ingredient in pot–in someone’s system.

The Cannibuster measures THC levels through a saliva sample taken from a suspected impaired driver and passed through a series of chambers before yielding a reading. Colorado and Washington, two states that have legalized the use of marijuana, have established five nanograms of THC per milliliter of blood as the threshold for impairment. Police now rely on blood tests to measure the THC levels, but there’s been no good way to take a reading when they pull over a driver suspected of DUI.

The Cannibuster researchers have received grant money to continue refining their device, and hope to conduct field tests later this year.

Even if the technology proves effective, however, there’s likely to be some controversy ahead. For one thing, it’s not clear how valid the current THC limits are in actually determining if a driver is impaired due to pot. According to an article in the New York Times last year, European studies suggest that the five nanogram threshold is too high, and that a better limit would be closer to one nanogram THC per milliliter of blood.