Blogs that follow celebrity Los Angeles DUI arrests have seen a spike in interest in the criminal history of country singer Mindy McCready, thanks to new news reports suggesting that an hour-long sex tape starring the singer is set to be released. 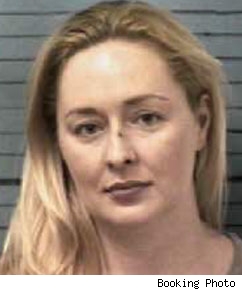 McCready is no stranger to charges of driving under the influence. She was one of the main participants in 2010 Celebrity Rehab with Dr. Drew. Nashville Police stopped her in 2005 for suspicion of driving under the influence. Although the jury scrapped those DUI charges, they convicted McCready for driving on a suspended license. McCready has also been arrested in Arizona (for a battery of charges, including identity theft and hindering prosecution), Florida (for drug charge violations), and Tennessee (for probation violations).

The surfacing sex tape may give the beleaguered country singer a publicity boost as she releases “I’m Still Here,” her first country album in nearly a decade and a half.

McCready’s arrests have been scattered around the country, and she’s only technically been arrested for DUI once. But what happens to individuals — celebrities or not — who get charged with driving under the influence in Southern California more than one time?

As you might suspect, penalties increase for every additional Long Beach DUI arrest.

For instance, a first time Los Angeles DUI offender might be charged with a misdemeanor, for which the court can impose various penalties, including mandatory two full days (48 hours) in jail, a fine of $1,000 along with court costs, a six weeks minimum sentence of alcohol school, and a mandatory installation of an interlock ignition device. The court can also impose additional penalties and strict terms of probation.

If you get convicted of a second count of driving under the influence in Long Beach (within ten years), your mandatory minimum jail time goes up (4-10 days minimum), as does your mandatory alcohol school time (18 months). You will lose your license for two years (instead of one).

If you’re arrested a third and fourth time (or more) for Southern California DUI within a ten-year span, your penalties will become increasingly strict:

Whether you’re facing your first or fifteenth DUI offense, it almost certainly behooves you to discuss your case in confidence with an experienced Los Angeles DUI attorney.

Fortunately, the Kraut Law Group is taking on new clients. Attorney Michael Kraut is a Harvard Law School educated lawyer with lots of trial experience. Not only is he a regular news commentator about legal matters, but he is also a former District Attorney. This means that he knows the strategies and negotiating tactics that prosecutors use when going after DUI defendants.