Joey Porter, a linebacker for the Arizona Cardinals, was arrested for Southern California DUI last week in Bakersfield near a Taco Bell. The 33-year-old allegedly got into a confrontation with the officers who arrested him – slapping a police officer’s hand when the officer opened his car door – but DUI allegations against the athlete have been dropped, according to the local Deputy DA. 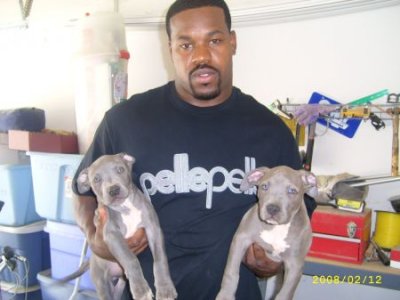 According to reports, Porter tested right around the limit for Southern California DUI – different readings gave BACs at 0.07% and 0.08%. Prosecutors did not believe they had unambiguous evidence to convict. Deputy DA Mark Pafford was quoted in a Bakersfield paper about the matter: “We do not believe that there will be a reasonable likelihood that a jury would find Mr. Porter guilty… we thought it was not appropriate for us to proceed.”

Porter’s case of Southern California DUI aside, how exactly do breathalyzer tests determine whether or not prosecutors press for charges like DUI in Glendale?

The breathalyzer test is the most common type of BAC test employed in the Greater Los Angeles area. Theoretically, breathalyzer tests should work easily. All a suspect has to do is blow into a machine, which analyzes the breath and determines based on chemical methods how much alcohol is in the person’s blood stream. If that alcohol concentration is above a certain magic number – in California that number is 0.08% – then that person should be tried and ultimately convicted for DUI in Glendale (or wherever).

In practice, however, it’s not simple. Breathalyzer readings are subject to all sorts of errors. First of all, machines do not discriminate between men and women, between sick people and healthy people, and between people with different metabolisms. Deeper breaths into a machine may yield higher readings, and even false positives for DUI in Southern California. The machines can be misread. Officers can screw up the paperwork and record numbers incorrectly. Other chemicals in the blood or even on the machine can interfere with readings. And so on and so forth.

The inherent flaws in breathalyzer testing notwithstanding, if you have been charged with DUI in Pasadena, you likely need an expert attorney to help you navigate the legal system. It’s not enough simply to argue that “The breathalyzer test was wrong!” Unless you have evidence and argumentation to back up your claim, and unless you understand the proper legal protocol to defend yourself, justice may not be served.

Fortunately, you don’t have to go down this road alone.

Attorney Michael Kraut of Kraut Law Group in Los Angeles is available for consultations. You may have seen Attorney Kraut on local and national news channels discussing matters pertinent to DUI in Southern California. Not only is Attorney Kraut a regular news contributor, but he is also a Harvard educated lawyer who formerly worked as a Deputy DA for Los Angeles. That means that he knows how the prosecution thinks, and he can thus use his special perspective to prepare lucid and innovative arguments on behalf of his defense clients.