Miguel Jontel Pimentel – better known just as “Miguel” – was recently arrested for driving under the influence in Los Angeles, according to California Highway Patrol reports. 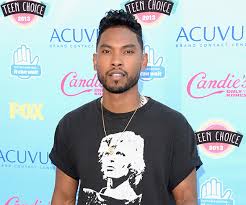 The singer-songwriter and Grammy winner — known for singing hits like Kaleidoscope Dream and creating “Adorn” and “#Beautiful” with Mariah Carey — got pulled over in his 2013 BMW X6 in Marina Del Rey. Police stopped the 27-year-old at the intersection of Mindanao Way and Lincoln Boulevard at around 2 AM on August 12.

The police tested Miguel’s BAC at 0.10%, just a smidge above the Southern California DUI legal limit of 0.08%. The officers also said that he smelled like alcohol – one of the main symptoms of Los Angeles DUI. (Other symptoms include slurring of words; providing conflicting events of what happened; acting aggressively or inappropriately; bloodshot eyes; lack of balance; forgetfulness, etc.).

Miguel was released on a $5,000 bond later. He is due in court on September 9 to face his charges.

It’s a serious step down from winning a Grammy for best R&B song and getting nominated for Best Rap Song and Song of the Year. But Miguel’s DUI arrest shows convincingly that no one is above the law and that being famous does not protect you from making bad or dangerous decisions.

Interestingly, Miguel’s BAC readings — he allegedly blew 0.10% and 0.11% on two breath tests — were not that far over the legal limit.

Depending on the circumstances, Miguel may be able to challenge those Los Angeles DUI results. For instance: it’s unlikely, but perhaps Miguel was on a crash diet or a ketogenic (very low carb) diet, in which case metabolic byproducts from the dieting might have unduly influenced the breath results.

Alternatively, perhaps the police officers asked him to blow very hard into the machine. If you blow hard into a DUI breath test, you can elevate the results beyond your actual, legitimate levels.

A breathalyzer test can also be challenged on procedural grounds. For instance, perhaps the tests weren’t calibrated correctly.

To build a defense to your Los Angeles DUI charges, get in touch with Michael Kraut of the Kraut Law Group today. Mr. Kraut is an ex-prosecutor who spent years serving in role of Senior Deputy District Attorney for Los Angeles – so he knows how prosecutors think, and he can use his knowledge and relationships to help you craft your defense.