Every effective Burbank DUI defense lawyer worth his or her salt knows the standard legal limit for BAC (blood alcohol concentration) is 0.08%. In other words, if you have this amount of alcohol or more in your system, you’re automatically DUI, per California Vehicle Code Section 23152. Of course, you can also be charged with DUI if you have less alcohol in your system (e.g. if you’re a minor and never should have been drinking in the first place). But the point is: everyone knows the 0.08% number. 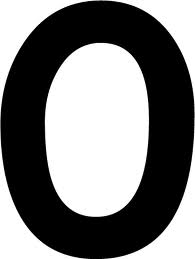 Consider that, as we discuss the sad story of a 61-year-old man in Arizona, who just got arrested for having a blood alcohol level of…0.00%.

The arrest of Jessie Thornton, a retiree living in the appropriately named community of “Surprise” Arizona, sparked a vitriolic conversation in the blogosphere about racial profiling. According to reports, the retired firefighter was on his way home at around 11 pm, when a police officer saw him cross a white line.

The officer allegedly told Thornton: “I can tell you’re driving DUI by looking in your eyes.”

Thornton had just been swimming in an L.A. Fitness gym nearby, and his eyes were bloodshot from the chlorine. But the officer thought that the bloodshot eyes indicated potential DUI (in his defense, bloodshot eyes are a classic symptom of Burbank DUI). So he had Thornton do a sobriety test. Thornton warned the officer that he had bad knees and a bad hip, and that he was about to go in for surgery. Understandably, he didn’t perform perfectly on the balance tests. Afterwards, officers placed him in handcuffs and asked him to sit down on the side of the road.

Thornton told a local ABC News affiliate “I couldn’t even sit on the ground like that, and they knew it and I was laying on the ground. Then they put me in the back of an SUV, and when I asked the officer to move her seat up because my hip hurt, she told me to stop whining.”

The police took the man to local station and gave him a breath test. He blew a 0.00% — not even a trace of alcohol in the system. But it didn’t stop officers from impounding Thornton’s car, suspending his license, and ordering him to take an alcohol education class. Thornton later managed to get the DUI charge dropped, unsurprisingly — a local drug and alcohol recognition expert told him “I would never have arrested you” — but he’s obviously outraged by the situation, and he’s since launched a claim against the City of Surprise for $500,000.

His attorney put it bluntly: “this is a case of D-W-B – driving while black.” Thornton told local reporters about his reasons for the suit: “it’s not totally about the money, although I already have [paid] more than $5,000 and that’s $5,000 that I don’t have.”

Your Burbank DUI charges may be less clear-cut. You may have actually been under the influence of alcohol – maybe significantly above the legal limit. But the case indicates an important point, which many prospective Burbank DUI defendants fail to realize. And that’s this: despite their best intentions, officers can and do make serious mistakes with respect to procedure and reporting and testing.

The good news is that attorney Michael Kraut of Burbank’s Kraut Law Group and his support team are just a phone call or a click away. Connect with a Harvard Law School educated lawyer at the Kraut Law Group to construct your defense.