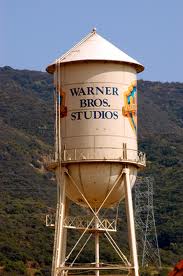 Your Burbank DUI arrest was probably pretty rough. In fact, it’s hard to imagine how it could have gone any worse. Whether police pulled you over on Olive, after you attended a cast party of a WB show; or you crashed into a cop car on the 101, your situation was pretty embarrassing and possibly painful and scary.

But could it have been worse?

Consider your Burbank DUI arrest in light of what happened to a 21-year-old man from Boulder, who was recently arrested on 11th Street near an area called University Hill. Police found the man vomiting all over himself at around 2 in the morning. But that’s not all. Apparently, he also defecated on himself. The officers’ report said: “he told [the officers] it was because he was scared.” The 21-year-old faces a variety of unpleasant charges, including obstructing a police officer, violating a protection order, DUI, and DUI per se.

Hopefully, that puts your Burbank DUI charge in context.

For more context, let’s look to the town of York, Pennsylvania, where a woman from Newberry Township just got arrested for DUI – her second of the week and third DUI since July 5th!

24 year-old Anna Elizabeth Spittler hit a car on Interstate 83 and left the scene. According to reports, two people suffered injuries in the crash. Ms. Spittler faces a variety of citations and charges, including violating the controlled substances law, hit and run and DUI. According to one of the victims, Spittler’s car approached rapidly from behind. It swerved at the last second and smashed into the rear of his driver side, forcing his vehicle into a spin that sent it down an embankment.

A local newspaper report details the rest of the story “the [Pennsylvania] trooper found a Volvo parked in the right shoulder of I-83 about a mile away … police found a card with Spittler’s name on it, an unmarked pill bottle and open bottle of Smirnoff in the car.”

Spittler later confessed to driving under the influence and hitting the vehicle and leaving. She said that she thought she hit a guardrail.

It sounds like a very unfortunate situation, although Spittler was very lucky that no one got seriously hurt or killed in the crash (or in her previous two DUI incidences).

What You Can Learn from These Stories about Your Burbank DUI Defense
No driver is perfect. For every crazy/sad/unbelievable DUI story out there, there’s always one that’s crazier/sadder/weirder.

The key is not to dwell on the past but rather to acknowledge the present and look forward to the future. An experienced Burbank DUI defense attorney, like Michael Kraut of the Kraut Law Group, can help you make an effective plan of action. Mr. Kraut is an ex-prosecutor who amassed a 99-plus percent success rate at jury trials as a prosecutor. He has the connections and wherewithal to create excellent defenses.