Not every celebrity Malibu DUI story is as crazy as Mel Gibson or Nick Nolte’s. 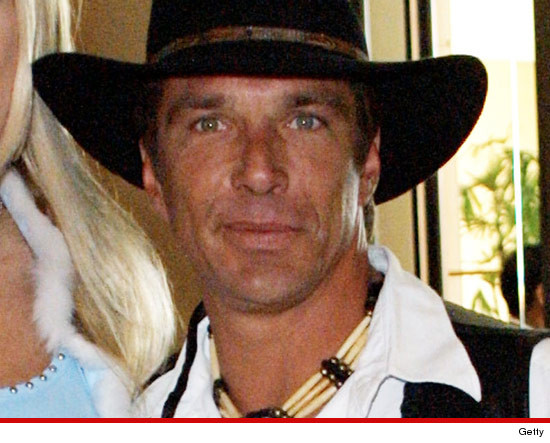 But strange stuff seems to happen out there on PCH – often involving the most legendary icons of Tinsel Town. To wit, John Clark Gable – son of “old school” film star Clack Gable – was recently charged with DUI in Malibu and hit and run for some crazy driving he did back in April.

Gable netted two misdemeanor charges, after he slammed into six (count them – 1, 2, 3, 4, 5, 6) parked cars on PCH. Law enforcement officials believe that Gable hadn’t consumed alcohol; rather, they think he was under the influence of prescription medications when he passed out behind the wheel.

The story is actually more sobering – and sad – than the tabloid headlines would suggest.

The 52-year-old had been driving his Ford pickup truck while (possibly) on prescription pain medications to deal with a mountain bike related leg injury. Police tested his blood alcohol concentration after the wreck. But his BAC was significantly under the 0.08% cut-off for Southern California DUI. Police representatives also told TMZ, flat out, that they did not believe Gable had consumed alcohol.

But a more major medical problem could have caused the event – an aneurism.

Gable has a history of brain aneurisms –scary incidents in which the blood vessels in the brain balloon. He had one in 2006 and then another in 2009 — problems which required surgery to correct. Aneurisms, particularly un-ruptured ones, don’t necessarily cause fainting, although they can create tunnel vision and induce seizures due to pressure from the build up of blood.

Gable is due in court on September 30th to face charges. If convicted, he could face jail time, loss of his license, and many other punishments.

One big takeaway here is that defendants often make bad situations worse by leaving the scene, fighting with officers, or engaging in aggressive or dangerous conduct, during or after a stop.

But even if you tried to evade officers at a DUI checkpoint or racked up a hit and run charge, all is not lost. You can advocate for yourself smartly by connecting with a seasoned Los Angeles DUI defense attorney, like Michael Kraut of the Kraut Law Group. Mr. Kraut is a Harvard Law School educated ex-prosecutor with decades of experience with these types of cases.