Last week, the Florida Highway Patrol arrested Bob Kuechenberg, a 6 time Pro Bowler for the Miami Dolphins, after he allegedly slammed into another car on I-95 and tested to have a blood alcohol concentration of 0.12%. 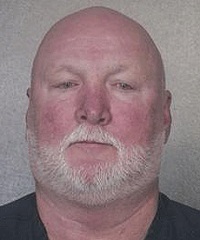 Sports related stories about driving under the influence in Los Angeles (and elsewhere) seem to be popping up everywhere: last week, not only did Kuechenberg get busted for DUI, but Michael Bush of the Oakland Raiders also got tagged for DUI near Louisville. (More on that in a separate blog post.)

If you or someone close to you got stopped and charged recently with Burbank DUI, DUI in Pasadena, DUI in Los Angeles or DUI in Glendale, you may feel more than a little bit of empathy for the 63-year-old Kuechenberg. According to an AP report, the former Dolphin drove his 2002 Volvo into another car during a lane change on I-95. Although Kuechenberg now faces DUI charges as well as charges of making an improper lane change and damaging property, no one was apparently injured in the crash, fortunately. The Broward Sheriff’s office reported Sunday that Kuechenberg posted his bond of $2,000.

No one suffered serious injuries during Kuechenberg’s crash. But what happens when someone does get arrested for DUI with injury in Los Angeles?

23152(a) outlines what it means to be driving while impaired by alcohol or drugs and sets out a cascade of punishments.

23152(b) defines the crime in a slightly different way – more quantitative. According to this measure, anyone who drives a motor vehicle with a blood alcohol concentration higher than the state’s limit of 0.08% can be arrested and charged with a serious crime.

When injuries occur during a DUI situation, prosecutors may try to elevate your charges and convict you under California Vehicle Code Section 23153.

Going from 23152 to 23153 means that what might ordinarily be a misdemeanor can be charged as a felony. A felony, as you probably know, is a much more serious crime than a misdemeanor; if convicted of hurting someone while DUI, you could face extended jail time, a loss of your right to vote, and a whole panoply of additional restrictions, fines, and other long-term encumbrances.

A skilled Los Angeles criminal defense attorney can fight back against a Los Angeles DUI with injury charge. For instance, upon deeply probing the evidence, your attorney may realize that, while you did hurt another driver or a pedestrian during an accident, the other driver actually caused the problem by veering into your lane or ignoring traffic rules.

In this case, even though you were DUI, since the other person caused the problem, the prosecutors will likely have a very hard time pinning a felony charge on you.

All that said, time is of the essence. Connect with a Harvard Law School educated ex-city prosecutor, Michael Kraut, of the Kraut Law Group, for a confidential and comprehensive evaluation of your case. Attorney Kraut’s Los Angeles offices are located at 6255 Sunset Boulevard, Suite 1520, Los Angeles, California 90028.