Southern California DUI bloggers who track celebrity and sports star arrests have most recently been captivated by a sad story out of Indianapolis. Blair Kiel, a former QB for the Indianapolis Colts, got caught for driving with a BAC of over 0.17% in Indiana. The 48-year-old ex-NFLer started getting in trouble with the law after he completed an illustrious career, which included starring as the QB for Notre Dame and playing for the Colts and other franchises. This last decade has been particularly rough for Kiel, who has faced charges including violating an order against harassing his ex-wife, violating the terms of a May 2005 probation, domestic battery, resisting police, and public intoxication. His latest charge came at the end of August, when a police officer stopped him on Greenfield Avenue in Noblesville, IN and hit him with multiple charges of driving under the influence. 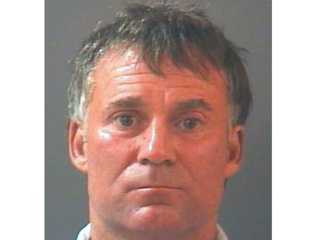 Obviously, many drivers in the Southland get pulled over for similar recidivist acts of driving under the influence in Burbank (or wherever). But what happens when you get convicted for a second, third, or fourth time for DUI in Southern California? Do the penalties increase? And if so, how do they increase?

Obviously, each case is different. The court will examine things like whether you hurt anyone while driving under the influence in Burbank, how many priors you have, whether you caused property damage, and whether you enter a program of rehab and treatment. That said, the court generally ratchets up its punishments as the number of convictions increase. For instance, while a first conviction may yield a one year drivers license suspension and minimum jail time of 48 hours; a second conviction will net significantly more minimum jail time and a two year mandatory license suspension. Your terms of probation, number of weeks of mandatory alcohol school, court costs and other punishments can be adjusted upwards to increase your punishment for recidivist Burbank DUI behavior.

Given everything that’s at stake for you – including your freedom and financial future – it pays to consult with a top caliber Los Angeles DUI attorney.

Michael Kraut — a criminal defense lawyer who worked for 14 plus years as a prosecutor for the city — can help you develop and execute a powerful strategic defense. Attorney Kraut understands from his personal experience what makes prosecutors tick. He uses his deep and broad experience – working on both sides, as a defense attorney and a prosecutor – to design potent defenses for his clients.