As someone who recently had to endure a field sobriety test for Los Angeles DUI, you can attest to the surprising challenges that you endured: 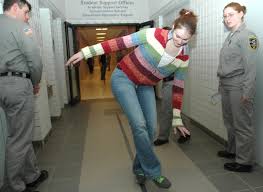 •    The humiliation of being made to “walk the line” on the side of the road, while other drivers passed and gawked at you;
•    The fear that you were going to fail your breath test and rack up a DUI charge, per California Vehicle Code Section 23152;
•    The anxiety as you contemplated the potential punishments for a conviction, including a mandatory interlock ignition installation, jail time and driver’s license suspension.

At the end of the day, you didn’t exactly pass your FSTs with flying colors, and you may have also failed a breath and/or blood alcohol test.

2. Failure to pass the walk the line test – alternative explanations.

If you lose your balance while trying to walk on the line, that could indicate that you were driving DUI, but it could also indicate that you just generally have a bad balance or that you have an ear ache or ear infection. Or maybe you are just a generally uncoordinated person. Maybe you were confused by the slope of the road or by the shadows, and you stumbled. Perhaps you DID walk the line, but the police incorrectly recorded that you stumbled.

If you slur your speech and you can’t understand and/or abide by police directions, you might be DUI. Or you might be exhausted, emotionally overwhelmed or sick. Or you might have a speech impediment or difficulty hearing. Perhaps the police pulled you over on a very loud section of the freeway, and you couldn’t hear the instructions over the roar of the traffic.

For help managing the aftermath of your Los Angeles DUI crisis, call attorney Michael Kraut of the Kraut Law Group today for intelligent, compassionate, thorough assistance with your charges. Mr. Kraut is a Harvard Law School educated attorney who racked up a success rate at jury trials of over 99%, when he worked in the Deputy DA’s office.